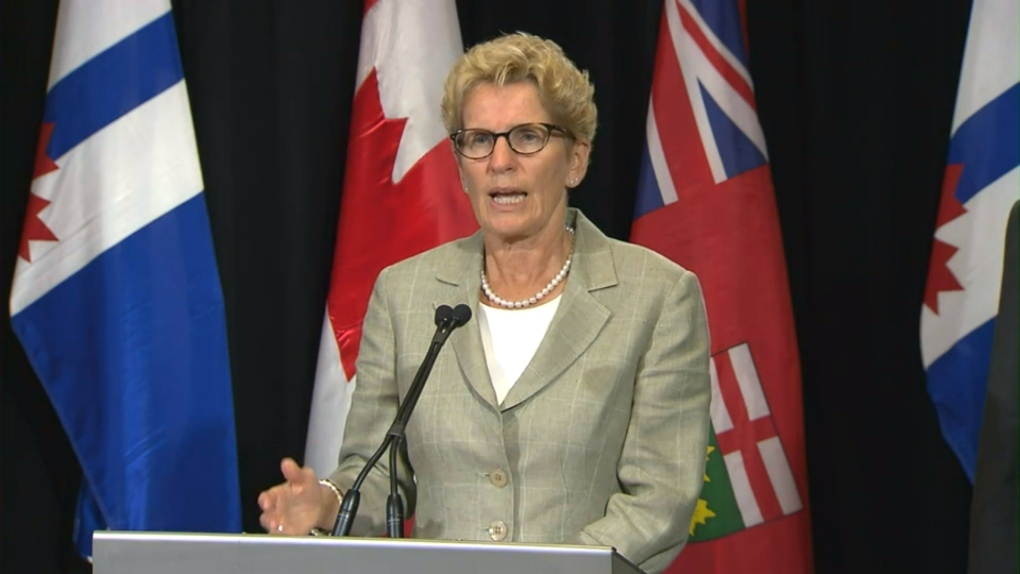 TORONTO -- Ontario's Liberal government is defending a publicly funded ad that promotes an agreement to enhance the Canada Pension Plan -- a federal program.

Auditor General Bonnie Lysyk said she would not have approved the ad under the previous rules, but the Liberals changed them last year. The new rules remove the auditor's discretion to veto ads her office feels are partisan, she said.

"We did find that the ads were self-congratulatory and aimed at ensuring the government gets credit for the pension initiative versus informing the public with some useful information," Lysyk said in an interview.

Ratification of the agreement-in-principle to enhance the CPP was delayed last month when British Columbia declined to sign off by the deadline, saying it needed more time to explain the deal to its residents and stakeholders, such as business owners, and give the public more time to provide feedback.

Without B.C.'s full support, the proposed changes to the CPP would not be able to move forward, because it requires at least seven provinces representing at least two-thirds of Canada's population.

But the federal government insists the delay won't derail its plan to table new legislation this fall.

A spokeswoman for Ontario Finance Minister Charles Sousa said that without Ontario's push the CPP agreement would not have happened.

"As government, we have a responsibility to raise awareness and communicate information about programs and services that affect Ontarians," Kelsey Ingram said in a statement.

The end of the ad urges listeners to visit an Ontario.ca/retirement website, which has information about how CPP changes will affect Ontarians, she noted.

The Ontario Liberal government spent $70 million to create an Ontario Retirement Pension Plan that now won't be needed as long as the CPP agreement goes through.

This ad is the latest of several spots the auditor general has said she wouldn't have approved under the old government advertising rules. Lysyk has also said an ORPP ad and a climate change action plan ad would have been considered partisan under the old definition.

"It does put us in a difficult position because the formality of this is we just approve compliance with legislation so that's all we can do," Lysyk said. "Beyond that we can't really do anything. It kind of forces our hand."

NDP critic Catherine Fife questioned the timing of the ad, which is running in the midst of a byelection in Scarborough-Rouge River.

"They are using public dollars to try and gain a partisan advantage for the Liberal party," she said.