One-time payments to seniors over 75 likely to also go to the dead, documents say 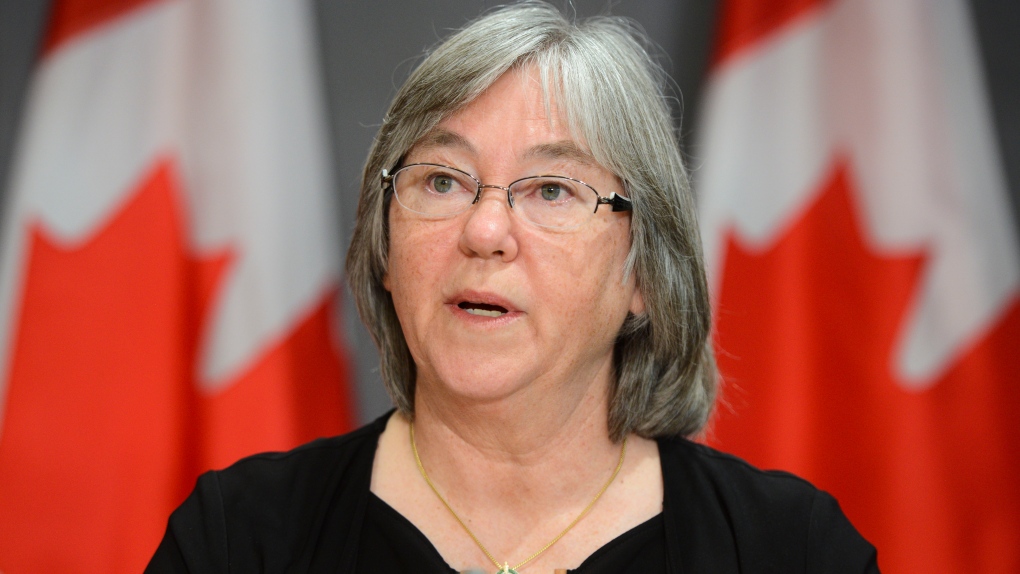 Minister of Seniors Deb Schulte speaks during a press conference on Parliament Hill during the COVID-19 pandemic in Ottawa on Thursday, June 4, 2020. THE CANADIAN PRESS/Sean Kilpatrick

OTTAWA -- Canada's seniors minister was warned in the spring that the Liberal government's plan to send $500 payments to pensioners in August would end with some of the money going to people who had died.

It's not unheard of for federal benefits to flow to a person after their death, often as a result of lags in reporting to federal authorities from provinces and territories that are responsible for collecting information about a person's death.

Usually, though, those incorrect payments are followed by uncomfortable collection calls from Service Canada.

A late May briefing note to Seniors Minister Deb Schulte said the government wouldn't seek to recoup the deposits made to the deceased.

The briefing note obtained by The Canadian Press said the risks of paying the dead “is very low” and the department won't reassess eligibility under such circumstances.

The note obtained under the Access to Information Act also says that one-time payments will be made to seniors post-mortem if their survivors apply and the deceased met eligibility requirements.

Employment and Social Development Canada, which oversees the payments, wouldn't say how much the almost $1.7 billion budgeted for the measure it estimates could go to dead people.

The government has said the payment the week of Aug. 16 is a financial bridge to next year when the old age security payments are permanently increased by 10 per cent for those over 75, which the budget estimated would provide an extra $766 in benefits to 3.3 million retirees.

The briefing note to Schulte said the government won't consider the payments as income when determining eligibility for the guaranteed income supplement that provides extra money for low-income seniors.

Schulte was also told officials wouldn't review any appeals of decisions not to pay out the money, nor would any fines be levied against people who improperly apply for the benefit.

The money coming next month mirrors one-time payments made last year when the Liberals decided to send $300 payment to the more than six million people who receive old age security, and $200 more for the 2.2 million who also receive the guaranteed income supplement.

Money will flow in August to anyone who turned 75 since June, and reaches that mark by June 30, 2022.

The Liberals promised in the 2019 election to bump up old age security payments, which already rise in line with inflation, arguing that older seniors needed additional help covering costs later in life.

“Older seniors often need more support and are more at risk of outliving their savings,” reads a recent message from Schulte, sent out on to the department's stakeholders.

“As seniors age, their health and home care costs rise, all while they are more likely to be unable to work, have disabilities or be widowed.”

Paying out the permanent increase is no simple technological feat for the federal government. As one document notes, the system delivering the old age security program either has to change or the payments themselves would need to be delivered through an outside system to account for people turning 75.

Employment and Social Development Canada, in a written response to questions, said the systems supporting the delivery of old age security are being modified to consider the date of birth of the pensioners and adjust the monthly payment for all seniors when they turn 75 or older starting in July 2022.