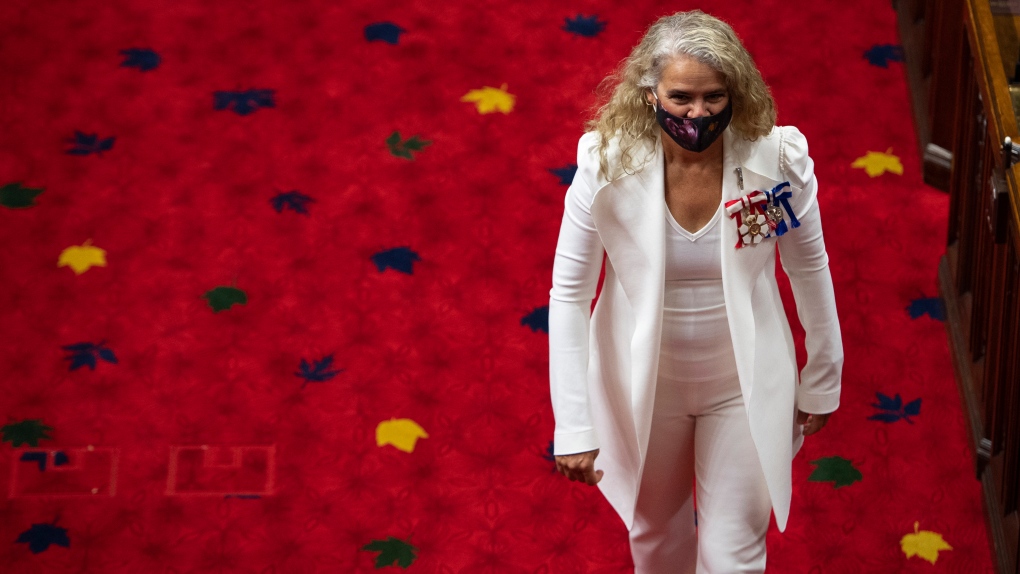 OTTAWA -- The scathing report that led to Julie Payette's resignation as governor general was published only in English and that has prompted a complaint to Canada's official languages commissioner.

Conservative Sen. Claude Carignan has written Raymond Theberge to complain about the federal government's failure to provide a French version of the report.

Carignan notes that the government paid for the report, produced by Quintet Consulting Corp. after investigating allegations of a toxic work environment at Rideau Hall.

He urges Theberge to consider investigating the matter and to notify the Privy Council Office, which released the report, of its legal obligation to enforce the use of both official languages in reports commissioned and funded by the federal government.

The report, released late last month, concluded that Payette had presided over a workplace where staff were regularly subjected to "yelling, screaming, aggressive conduct, demeaning comments and public humiliation."

In his letter to Theberge, Carignan notes the report is "of great public interest" to Canadians who "want to understand the crisis facing the office of the former governor general, which is an important institution in the democracy and the legislative process in Canada."

While his work as a senator requires a French version of the report, Carignan says it's also important for current and former Rideau Hall employees.

"The persons targeted by the investigation and the witnesses who participated in it must also be able to consult this report in the official language of their choice," he wrote in the letter sent Monday.