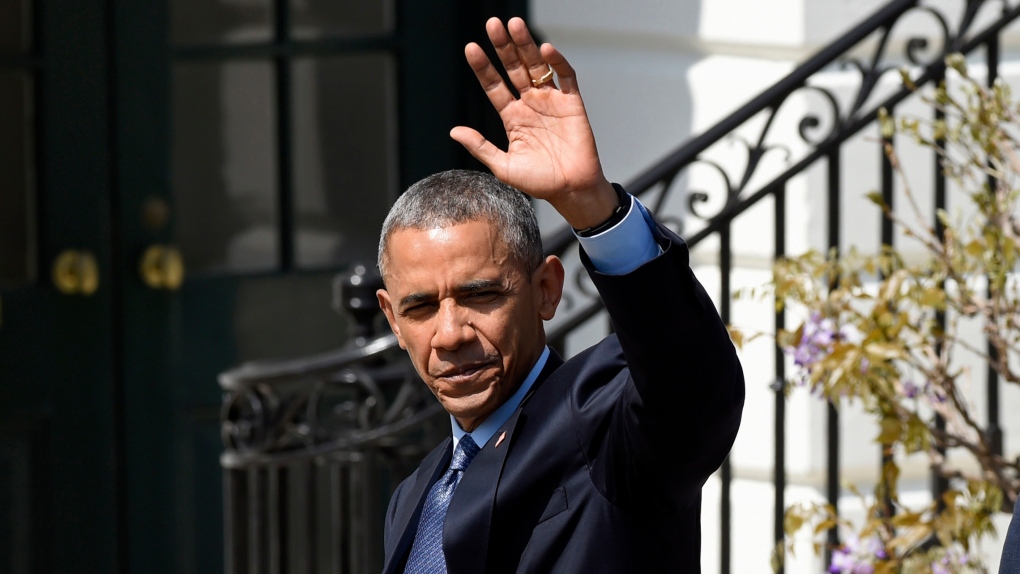 WASHINGTON -- U.S. President Barack Obama will once again stop short of calling the 1915 massacre of Armenians a genocide, prompting anger and disappointment from those who have been pushing him to fulfil a campaign promise and use the politically fraught term on the 100th anniversary of the killings this week. Officials decided against it after opposition from some at the State Department and the Pentagon.

After more than a week of internal debate, top administration officials discussed the final decision with Armenian-American leaders Tuesday before making it public. The White House said the officials pledged that the U.S. would use Friday's centennial anniversary "to urge a full, frank and just acknowledgement of the facts." That language echoed the administration's five previous statements on the anniversary, as well as those of previous administrations. But it did not use the word "genocide," as many had hoped.

Historians estimate up to 1.5 million Armenians were killed by Ottoman Turks, an event widely viewed by scholars as genocide. Turkey, however, denies the deaths constituted genocide and says the death toll has been inflated.

As a senator and presidential candidate, Obama did describe the killings of Armenians as "genocide" and said the U.S. government had a responsibility to recognize it as such. As a candidate in January 2008, Obama had pledged to recognize the genocide and at least one of his campaign surrogates, the current U.S. ambassador to the United Nations, Samantha Power, recorded a nearly five-minute video at the time imploring Armenian-Americans to vote for Obama precisely because he would keep his word on the issue.

But, Obama has never used that description since taking office, mainly out of deference to Turkey, a key U.S. partner and NATO ally, which is fiercely opposed to the "genocide" label.

Tuesday's announcement, accompanied by word that Treasury Secretary Jacob Lew will attend a ceremony in Armenia on Friday to mark the anniversary, was made shortly after Secretary of State John Kerry met with Turkey's Foreign Minister Mevlut Cavusoglu in Washington.

In brief comments to reporters at the State Department, neither Kerry nor Cavusoglu mentioned Armenia or the upcoming April 24 anniversary.

The White House later said National Security Adviser Susan Rice met with Cavusoglu and encouraged him to take "concrete steps to improve relations with Armenia and to facilitate an open and frank dialogue in Turkey about the 1915 atrocities."

Several U.S. officials said there had been a sharp internal debate over whether to use the 100-year anniversary to call the killings "genocide" and make good on the president's campaign promise, particularly after Pope Francis used the term earlier this month. That comment by the pope prompted an angry response from Turkey, which recalled its ambassador to the Vatican over the matter. Several European governments and parliaments are also expected to use the word in discussions of the events 100 years ago.

Some at the State Department, particularly those who deal directly with Turkey and its neighbours in the Middle East, as well as at the Pentagon, argued against using the word, according to the officials who spoke on condition of anonymity because they were not authorized to discuss internal deliberations.

They said the damage it would cause to U.S.-Turkey relations at a critical time, notably when Washington needs Ankara's help in fighting the Islamic State group in Syria and Iraq, would far outweigh the immediate benefits. The safety of U.S. diplomats and troops in Turkey was also a consideration, the officials said.

On the other side, officials at the White House and State Department who deal more directly with human rights issues, including Power, wanted the president to use the word "genocide," the officials said. Asked if there was an internal rift on the issue, one senior official involved in the discussion said simply "yes."

That official noted that alienating the Turks at this point in Obama's presidency would mean accepting that the U.S. investment in good relations with Turkish President Recep Tayyip Erdogan had failed. That relationship has been fraught with difficulty in recent years over human rights concerns, among other issues.

Another senior U.S. official acknowledged the decision would be a disappointment to some who were "hoping to hear different language this year" and said the administration understood that perspective. But, the official also said the administration believed its approach is right "both for acknowledging the past, and for our ability to work with regional partners to save lives in the present."

Negative reaction to the announcement was intense from both the Armenian-American community and members of Congress who have championed the Armenian cause.