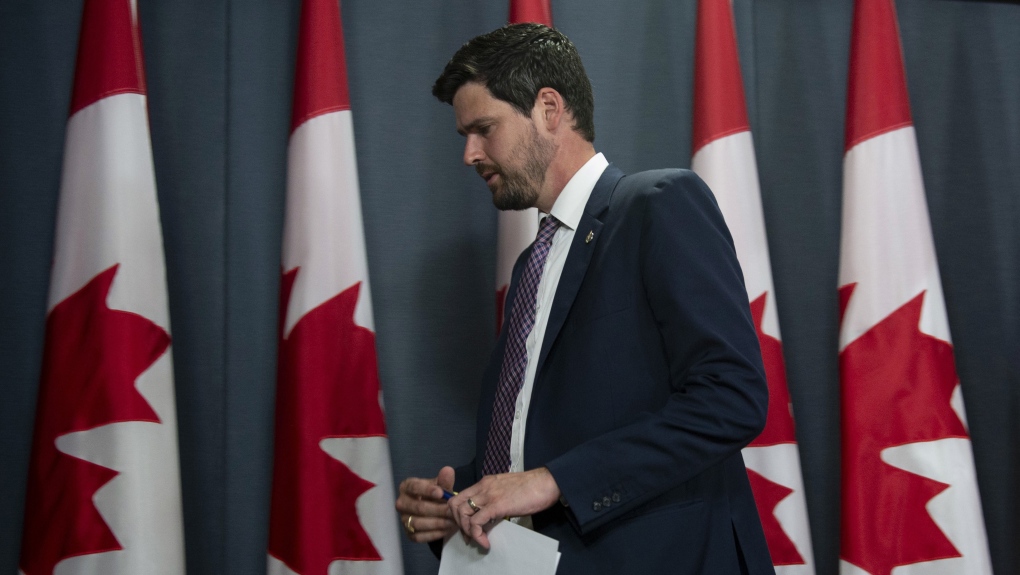 Liberal MP Sean Fraser leaves a news conference in Ottawa, Tuesday, July 9, 2019. The MP from Nova Scotia says he won't be taking his seat in the House of Commons right away to after the death of his newborn daughter.THE CANADIAN PRESS/Adrian Wyld

OTTAWA -- An MP from Nova Scotia says he won't take his seat in the House of Commons right away after the death of his newborn daughter.

Sean Fraser says he is taking time away from his duties in Ottawa and his Central Nova riding to spend time with his family "at this time of unspeakable difficulty."

He shared the "heartbreaking news" in an online statement a week after the death.

He said Ruth Caroline Burton Fraser died "in her mother's arms" and "with her dad holding her hand" on Dec. 3, despite the best efforts of the medical team around her.

Fraser says every moment of the little girl's short life was "filled with love."

The Liberal MP was first elected in 2015 and quickly became known as a staunch defender of the government's environment policies during partisan combat in the House of Commons.

He won re-election in the Oct. 21 federal election, outpacing runner-up George Canyon, a well-known country music star the Conservatives recruited in a bid to oust him.

Fraser and his wife, Sarah, have a daughter, Molly, who was born three months premature in 2016.