No new fisheries in the Arctic following federal ban 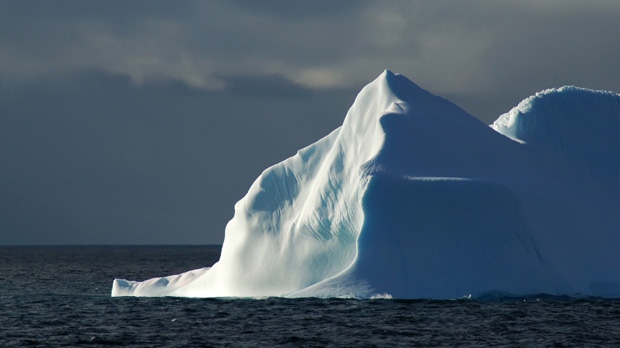 File photo shows an iceberg in the Canadian Arctic.

The federal government has implemented a ban on new commercial fisheries in the western Arctic until more research can be done.

The policy, announced Friday, has long been requested by environmental groups and follows a similar American decision that was enacted five years ago.

"It's based on the same principles of wanting to apply true precautionary principles in advance of fisheries development," said Louie Porta of The Pew Charitable Trusts' Oceans North Canada.

"We generally fish, study and manage. In this case, both (U.S. and Canadian) planning initiatives reverse that order."

Under the policy, which was developed with local aboriginal groups, new commercial fisheries in the Beaufort Sea will only be considered after research has shown surplus and sustainable stocks. The policy also gives local Inuvialuit first dibs on any new licences granted in those waters.

"This framework takes steps to ensure that the Beaufort Sea ecosystem stays healthy and can continue to provide for the needs of the Inuvialuit people," Frank Pokiak of the Inuvialuit Game Council said in a release.

The Inuvialuit have a subsistence harvest of beluga whales, char, whitefish and seal. The Canadian Beaufort remains one of the last places in the world where there is no large-scale commercial fishing.

But pressures are mounting. The department of Fisheries and Oceans has received eight applications for exploratory fishing licences for those waters since 2002.

Climate change is expected to alter that. Recent research has found more than 800 commercial species are moving poleward at up to 26 kilometres a year, with the effect especially pronounced in the Arctic.

The same effect is likely to increase habitat for stocks already in the Arctic. And declining sea ice will eventually make it easier for large-scale fishing trawlers to operate in the North.

"We have a hungry world," said Porta. "It's not overly obvious where you're going to find more fish."