No 'honeymoon period' for Liberals who remain deadlocked with Conservatives after election: Nanos 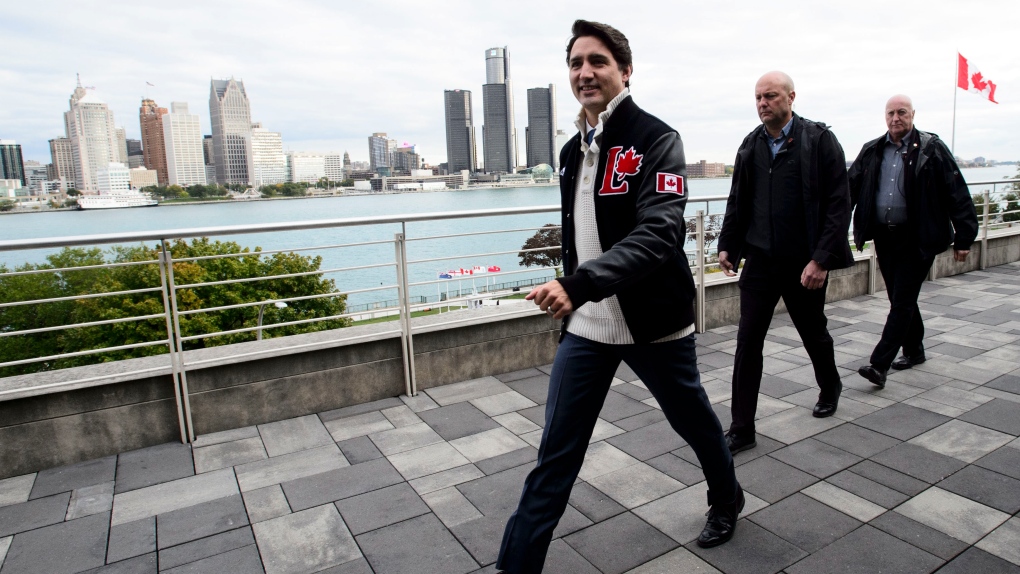 A view of the city of Detroit, provides a backdrop as Liberal leader Justin Trudeau leaves after speaking at an event at St. Clair College in Windsor, Ont., on Monday Oct. 14, 2019. THE CANADIAN PRESS/Sean Kilpatrick

You can subscribe to Trend Line with Nik Nanos and Michael Stittle on Apple Podcasts, Google Podcasts, Stitcher, iHeart Radio and Spotify.

TORONTO -- Two weeks after the federal election, there’s no victory bounce in popular support for Prime Minister Justin Trudeau as the Liberals and Conservatives remain deadlocked, according to the latest weekly Nanos tracking numbers.

Nanos Research numbers released Tuesday show the Conservatives at 32.5 per cent versus 31.1 for the Liberals, continuing a trend from the weeks leading up to the Oct. 21 election.

With a more efficient vote in regions with higher numbers of seats, Trudeau’s Liberals captured 157 versus 121 for Andrew Scheer’s Conservatives. But the Conservatives came out on top in popular support on election night, winning over 34.4 per cent of decided voters versus 33.1 per cent for the Liberals.

It was the first time since 1979 that the party that won the popular vote failed to win the most seats.

Despite winning a second mandate, there is still a cloud “hanging over the Liberals,” Nanos said.

“The fact of the matter is, a significant proportion of Canadians did not vote for the Liberals, and that even during the election result and at least now in the week or so after the election, more Canadians mathematically would be supporting the Conservatives.”

It’s a far cry compared to Trudeau’s 2015 majority win, when he saw both his party’s numbers and personal numbers surge after winning a sizeable majority of 184 seats.

In fact, on the Nanos personal PM question -- in which people are asked to rank their preferences for prime minister out of the federal party leaders -- Trudeau soared to nearly 40 per cent a month after that election. This time around, in comparison, his latest numbers are 10 points lower.

“People were very hopeful” in 2015, said Nanos, adding that in 2019, people are saying: “Let’s skip the honeymoon, and go directly to try to govern.”

Meanwhile, there have been rumblings within the Conservative party about whether or not Scheer should remain as leader. Former Conservative cabinet minister Peter MacKay described Scheer’s loss as “like having a breakaway on an open net and missing the net” during a panel talk in Washington, D.C. last week.

Others within the party have raised concerns about Scheer’s social conservative views, such as his personal opposition to abortion and previous comments against same-sex marriage. Kory Teneycke, Stephen Harper’s former director of communications, said those sorts of views “could be fatal” to the future of the party because they are “viewed increasingly as bigotry.”

MacKay said there were a number of issues that repeatedly arose during the campaign that “nobody other than the politicos wanted to talk about.”

“People did not want to talk about women's reproductive rights. They didn't want to talk about revisiting the issue of same-sex marriage. And yet that was thrust onto the agenda and hung around Andrew Scheer’s neck like a stinking albatross, quite frankly,” he said.

“And he wasn't able to deftly deal with those issues when the opportunities arose. And I think among female voters in particular and those who would have been impacted by any re-visitation, it created a nervousness or it took them out of their comfort zone if they were considering voting Conservative.”

MacKay has said his sharply-worded hockey analogy was meant to be constructive. He also said he has repeatedly voiced support for Scheer and dispelled any rumours that he is seeking a leadership challenge, calling those rumours “false.”