New NAFTA better than none, feds say, as business says get on with ratification 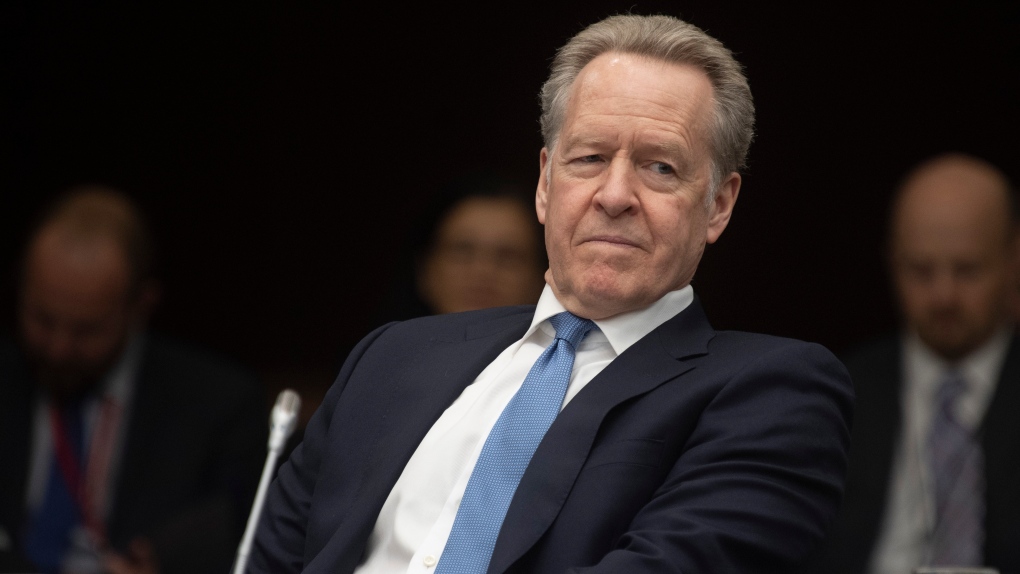 OTTAWA -- It's imperative for Canada to ratify the new North American free-trade deal, says a leading business group, as the federal government released its long-awaited economic assessment of the pact Wednesday.

Goldy Hyder, the president of the Business Council of Canada, said the uncertainty created by rail blockades and the spread of the novel coronavirus could cause serious harm to the Canadian economy.

"Given the backdrop in which this discussion is happening -- we've had the CN Rail strike, we've had the blockades, we've had the virus, we've had the China-U.S. deal, we have our own foray with China we're involved in -- all of these things are elements of a perfect storm that are really impacting economic growth," Hyder said in an interview.

The government's assessment predicts a very modest gain in the Canadian economy, estimating the deal will be worth an additional $6.8 billion by 2025 -- which amounts to a 0.25 per cent gain in gross domestic product -- compared with having no continental trade agreement at all. It does not compare the new deal to the old NAFTA.

The assessment the Liberals released comes after demands by opposition parties to explain the economic benefits of the new deal, which is still awaiting final ratification by Parliament.

Hyder said it's time to set domestic politics aside and get on with ratifying the deal.

A leading trade specialist says all the fuss about the economic benefits of the deal misses an important political point.

"What econometric assessments don't show is the significant geopolitical value to Canada of a solid rules-based framework for dealing with the U.S. in the years ahead," said Lawrence Herman, a Toronto-based international trade lawyer.

Negotiations over continental trade were forced on Canada and Mexico by U.S. President Donald Trump, who mused about scrapping the old North American Free Trade Agreement if it weren't renegotiated in America's favour.

Throughout the negotiation, the Liberal government was seized with not only protecting Canada's market access to the United States but protecting the survival of the global rules-based trading order that has come under threat from Trump's protectionism.

"There's much more to this agreement than pure economic models suggest. Black box assessments might turn up numbers that don't seem stratospheric and headline-grabbing but there are important political and strategic gains for Canada in this deal. These can't be measured in purely economic terms," said Herman.

The U.S. and Mexico have both ratified the new deal, which the Trump administration has dubbed the United States-Mexico-Canada Agreement.

The assessment says the new Canada-United States-Mexico Agreement, or CUSMA as Canada calls it, is much better than letting the U.S. tear up the old NAFTA and impose tariffs on Canadian steel, aluminum and automotive exports.

The Liberals have made deals with the NDP and the Bloc Quebecois to quickly ratify the deal.

Randy Hoback, the Conservative trade critic, said his party wants the new deal passed as quickly as possible but it is frustrated that the Liberals have not provided more details about its impact.

"The Liberals say that they got a better deal, but they have no way to prove it. So, the only way we can quantify this deal is by third-party reports."

A report earlier this week by the C.D. Howe Institute think-tank said all three countries will be worse off under the new agreement than under the existing one but the researchers there agreed that it's better than nothing.

A 2018 analysis by the Conference Board of Canada predicted a 0.5 per cent decline in the country's economy, and a loss of about 85,000 jobs within a year if NAFTA were terminated.

"No deal is ever going to be perfect," Hyder said, adding that the deal the Liberals reached has buy-in from the provinces, business, labour and political conservatives.

"Why would you not pass the most important trade deal that we have, that was done in the most inclusive way? To the government's credit, it is one example where it was really done well," said Hyder, a former senior staffer with the Progressive Conservative party.