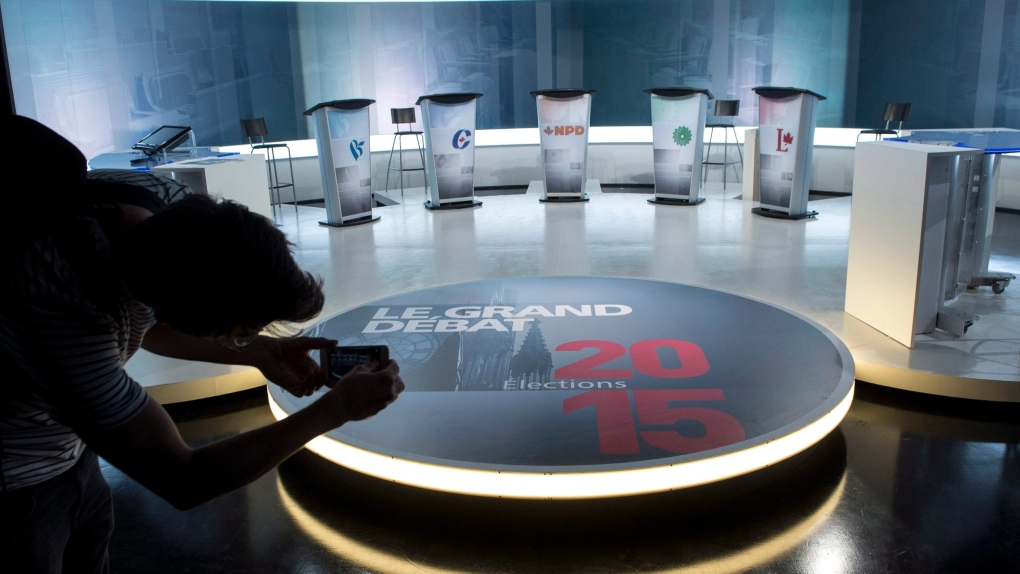 A reporter takes a photo of the set for the French language leaders debate Wednesday, Sept. 23, 2015 in Montreal. (The Canadian Press/Paul Chiasson)

A new partnership of media organizations will produce the federal leaders’ debates in English and French this fall.

The Canadian Debate Production Partnership (CDPP) will produce and distribute the election debates, which will take place in the second week of October, 2019. Anyone will be able to access, broadcast and stream the debates for free, the Leaders’ Debates Commission announced Wednesday.

Canada’s first-ever debates commissioner, former Governor General David Johnston, said in a news release that the CDPP “is able to reach a large number of Canadians, across the country, on a variety of platforms.”

The debates will be widely distributed on TV, radio and digital platforms. They will also be available in some Indigenous languages, sign language, closed captioning, and described video.

As part of the rules outlined at the time, parties looking to put their leader in the debates need to meet two of these three criteria: