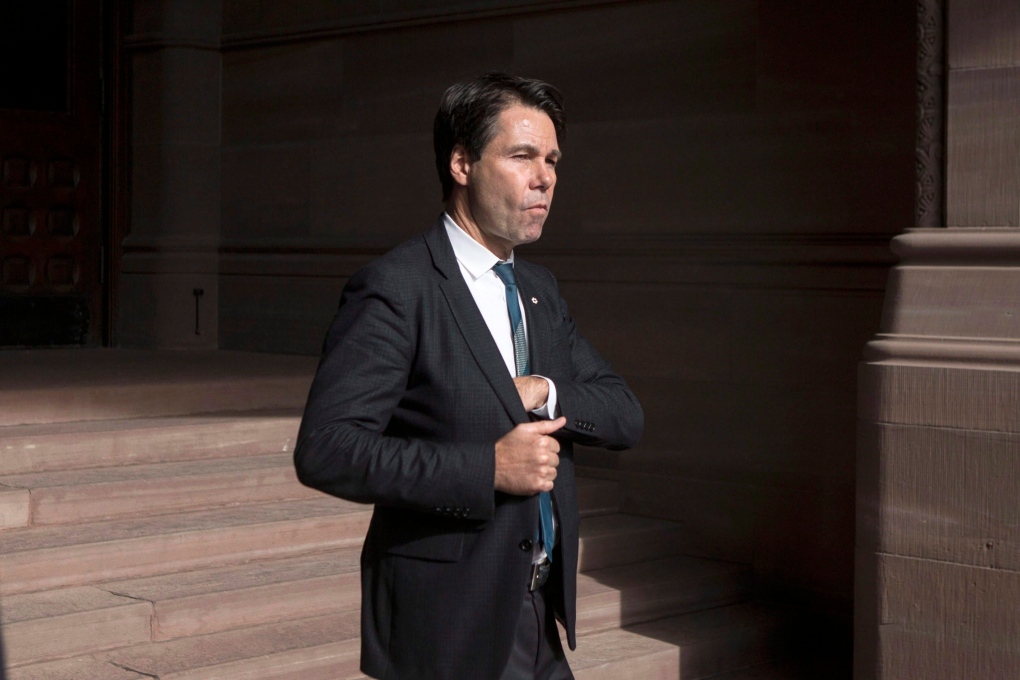 OTTAWA -- Ontario's health minister says he is hopeful the new federal government's approach to the health file will mean a "new era."

Eric Hoskins, who spoke to his new federal counterpart on Monday to discuss shared priorities, said his province is looking forward to establishing a future health accord that "puts the health care of Canadians at the forefront."

"I'm very excited about and hopeful that it signals a new era where rather than the provinces and territories really having to provide that leadership on our own, that we have a capable partner in Ottawa that is going to be working with us on those national issues," Hoskins said in an interview with The Canadian Press.

Federal Health Minister Jane Philpott is setting talks in motion on the health accord this week by reaching out to the provinces and territories.

Canada is currently lacking this kind of action plan backed by billions of federal dollars designed to establish shared health priorities between the federal, provincial and territorial governments.

"I think all of us, at the political level, have sort of been yearning for that national leadership," Hoskins said. "We've done our best as provinces and territories to fill that void, but I certainly believe that we've got a partner now that we can work effectively with."

As the Grits work to get the provinces and territories on side with the accord, the government will also have to address the escalator issue.

Hoskins said his government has not set specific financial expectations.

"What we're looking for, I think, is a collaborative process that recognizes that health-care costs throughout the country are ... increasing," Hoskins said. "Part of that increase is due to the changing demographics. So rather than any specific escalator or number, our approach is going to be to ensure that the federal government resumes its place as a partner in the health care system.

"Part of that resumption, obviously, involves a long-term and sustainable commitment to helping to co-finance it."

Manitoba's health minister said Monday she is also hopeful about the Liberal government's commitment to establish a new arrangement.

Sharon Blady says a strong federal partner was "seriously lacking" with the previous Conservative government, which allowed the previous health agreement to expire.

"We really do need to have a strong partnership with the federal government," Blady said in an interview. "Stephen Harper's unilateral decision to walk away from the health accord really forced provinces and territories to pick up the slack."

Blady, who will be speaking to Philpott on Tuesday, says she is looking forward to creating dialogue.

"At this point ... I'm really just glad to have a new federal counterpart who is willing to come back to the table to reinstate health care for things like refugee claimants and to work with provinces to meet the needs of our population," Blady said. "We have a growing population of young indigenous people, both living on and off reserve.

"That is a huge priority for me and knowing that co-operation and investment, from both provincial and federal governments, is really paramount to ensuring these Manitobans receive the high-quality health care that they deserve."

Canada's health ministers are to meet in Vancouver in January.

Philpott has indicated she plans to attend the discussions.

"I'm sure that the health accord will be part of that agenda," said B.C. Health Minister Terry Lake. "We have other issues ... physician-assisted dying is another topic that's of great interest to provincial and federal health ministries, so we are looking forward to that.

"I think we will have a very full agenda."

Lake said he is believes there is a lot of common ground between the federal Liberals and the provincial government in British Columbia.

"I'm looking forward to the new relationship," he said.

"Certainly in their platform, they've indicated a willingness to open up some of these topics, so I think it will be a very interesting meeting in January."