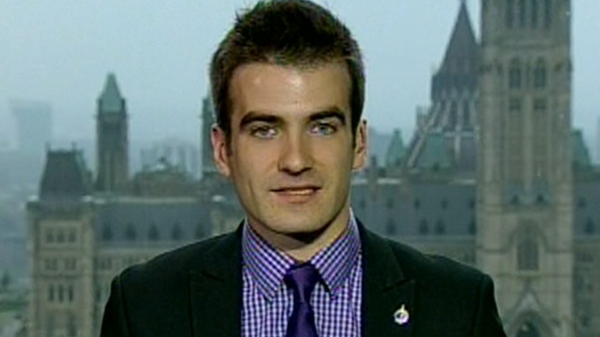 OTTAWA -- The NDP is calling on the Liberal government to immediately rescind a directive that allows security agencies to use information that may have been obtained through torture.

The Liberals -- who opposed the ministerial directive while in opposition -- say it will be reviewed as part of a sweeping examination of national security policy.

"The input of all Canadians, including all members of Parliament, is most welcome," said Scott Bardsley, a spokesman for Public Safety Minister Ralph Goodale.

Information obtained under torture is not reliable -- and therefore the practice does not ensure the safety of Canadians, NDP public safety critic Matthew Dube said Wednesday.

Added Helene Laverdiere, the NDP foreign affairs critic: "Torture is immoral and goes against all of our international commitments on human rights.

"This practice tarnishes Canada's reputation. The Liberal government must put an end to this directive."

Goodale said earlier this year the Liberals would review the "troubling set of issues" raised by the foreign-sharing policy, enacted by the previous Conservative government.

The policy applies to the Canadian Security Intelligence Service, the RCMP, the Canada Border Services Agency, the Communications Security Establishment and National Defence.

Human rights advocates have roundly criticized it as effectively condoning the torture of people in overseas prisons, contrary to international law and Canada's United Nations commitments.

A 2010 federal framework document says when there is a "substantial risk" that sending information to -- or soliciting information from -- a foreign agency would result in torture, the matter should be referred to the responsible deputy minister or agency head.

The directive specific to CSIS, based on the framework, says the agency must not knowingly rely upon information derived from torture.

But it adds that in "exceptional circumstances" CSIS may need to share the most complete information in its possession, including details likely extracted through torture, to deal with a threat to life or property.

Bardsley noted that torture is a crime under Canada's Criminal Code and violates the Charter of Rights and Freedoms.

The government policy "draws a fence around the use of information that is possibly connected to mistreatment" committed by foreign personnel, he added.

The government says more than 7,500 Canadians have already expressed their views as part of the federal security consultations.