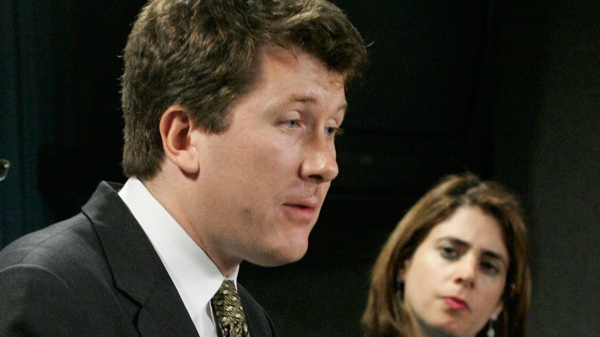 OTTAWA -- Another potential contender for leadership of the federal Conservatives is backing away from the race.

John Williamson, a member of Parliament from New Brunswick, says he won't enter the contest.

Williamson is one of several people who began contemplating a run after former interim party leader Rona Ambrose and current MP Pierre Poilievre backed out.

Both are popular in what's known as the conservative movement -- people active in promoting right-wing ideas through think-tanks, academia or advocacy groups.

With his own background at the Canadian Taxpayers Federation, Williamson was seen as part of that group and had considered filling a perceived gap left by Ambrose and Poilievre's decisions not to run.

But in a statement, Williamson said now is not the right time, though he declined to give a specific reason.

Candidates for the leadership contest have until Feb. 27 to register and so far only two have met the first entry requirements: Erin O'Toole and Peter MacKay.

This report by The Canadian Press was first published Feb. 11, 2020

Kelly and I were honoured and overwhelmed by the warm support and encouragement we received from members of caucus and Conservative Party activists from across the country to run for leader of the Conservative Party of Canada. #cdnpoli 1/X