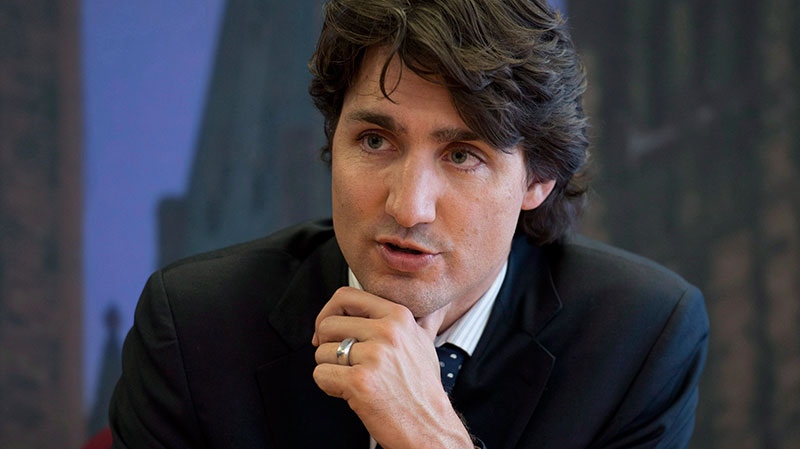 OTTAWA, Ont. -- A charity that was at the centre of a public controversy about the Justin Trudeau's speaking fees isn't going to request a refund.

Ian Webster, the chairman of the Grace Foundation, said Monday the New Brunswick-based charity won't seek reimbursement for a $20,000 speaking fee from the Liberal leader.

A spokeswoman for Trudeau's office also confirmed the foundation has told the leader's office no money will be requested.

Trudeau has offered to reimburse any group that was dissatisfied with speeches he gave in return for a speaker's fee, including the money he received from the Saint John, N.B.-based foundation for a June 2012 fundraising event.

Webster said in a telephone interview the matter is now closed as far as his group is concerned.

"We didn't want any money from Justin Trudeau and the matter is closed, end of story. There's been enough grief go on with this," he said.

Foundation board member Susan Buck wrote in March this year to the Speakers' Spotlight, the agency through which Trudeau was hired, to seek a refund on the grounds that the event lost money.

The letter wound up being circulated by Prime Minister Stephen Harper's office earlier this month and became part of a Conservative offensive against Trudeau for taking money from charities rather than donating to them.

In a public statement in June, the foundation's board said it got no response to its request for a refund from the Speakers' Spotlight and, thus, decided in May to drop the matter.

The board has also said it was "deeply distressed" that the matter had since become a political football.

Webster says Buck's name has been dropped from the organization's list of directors since the controversy erupted.

Trudeau voluntarily disclosed last February that he's earned more than $1.3 million on the public-speaking circuit since 2006, including $277,000 from 17 groups since he was first elected in 2008.

Some of those groups are charities and non-profit entities such as school boards, municipalities and universities.