"There's been a negative trajectory over the last number of weeks," Nanos said on the latest episode of Trend Line."We're talking about a cocktail of pessimism when it comes to the economy."

The theme of rising economic anxiety in Canada is also at the forefront of the Conservative Party's leadership race, and Nanos says Conservative MP and leadership hopeful Pierre Poilievre is "tapping into that pessimism."

Nanos says Poilievre has harnessed anti-establishment sentiment in Canada with sharp rhetoric about the county's economy, housing market and a vow to fire Bank of Canada Governor Tiff Macklem if he was to become prime minister.

He's not the only one with sharp messaging around economics, with other leadership hopefuls -- including Jean Charest and Patrick Brown -- attacking Poilievre's support of cryptocurrency after the sudden collapse of two popular digital currencies.

Nanos also says negative attacks mean the leadership convention could be "messy, messy, messy" and will make it hard for the eventual winner to actually lead the party.

"This does not look like a family or party that is united," Nanos said. "Regardless of who wins, there will be people that are not only disappointed but will not feel as if they have a place within the Conservative Party of Canada." 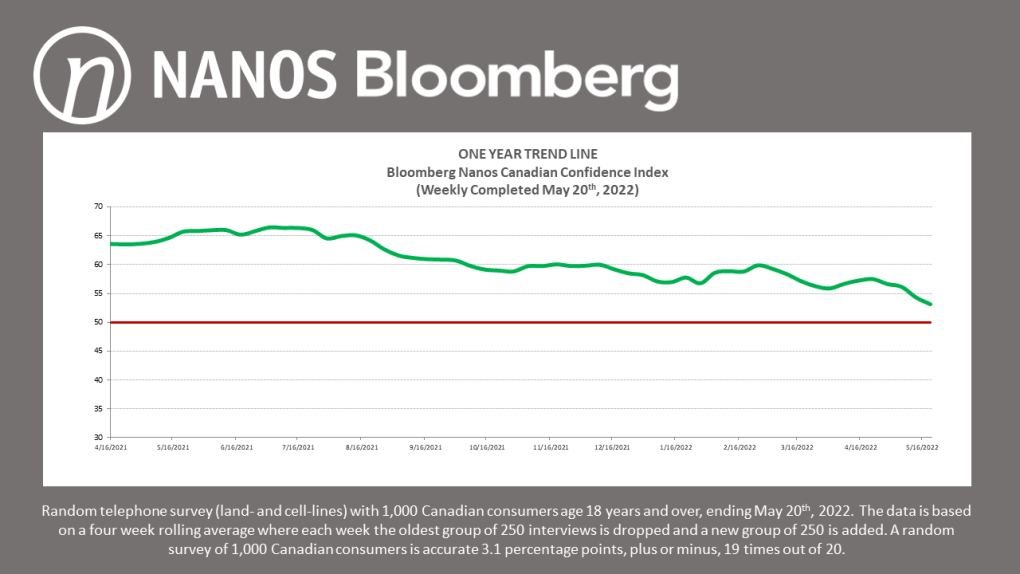