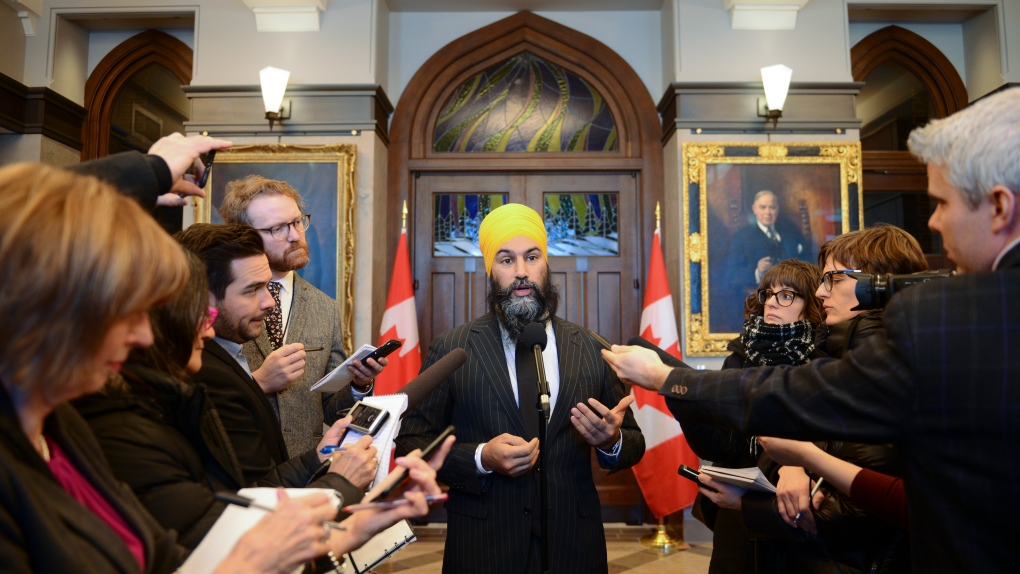 OTTAWA -- A Canadian patient newly diagnosed with COVID-19 recently travelled to Las Vegas and used public transit in Toronto for several days before he was tested for the virus, says the Toronto public health authority.

The man, who is in his 40s, was one of the two most recently confirmed cases of the novel coronavirus in Toronto.

"This information is being provided out of an abundance of caution. We're talking about low-risk situations," Dr. Eileen de Villa, Toronto's top public health doctor, told a briefing Friday.

Transit riders without COVID-19 symptoms do not need to seek medical help, de Villa said, unless they get a call from her unit.

The other Toronto case, a man in his 50s, recently returned to Canada from Iran. Both men are isolating themselves in their homes.

In Peel Region just west of Toronto, a couple who had been on the Grand Princess cruise ship in San Francisco was diagnosed after returning home to Mississauga, Ont.

Peel Public Health is asking passengers in rows 18 to 22 on WestJet Flight 1199 on Feb. 28 to self-isolate, but says the risk of contracting COVID-19 remains low.

Another 237 Canadians have been forbidden from leaving the ship after a subsequent cruise while some of the thousands of passengers aboard now are tested, says a spokesperson for Princess Cruises.

The Public Health Agency of Canada was trying to find more than 260 Canadians who were on the last voyage of the Grand Princess cruise ship after fellow Canadian passengers were diagnosed with COVID-19 following their cruise.

Three of Canada's 54 confirmed or presumptive cases of the virus are among passengers who were on the vessel from Feb. 11 to 21. The cruise began and ended in San Francisco.

The ship is off the coast of California with 237 Canadians on board and forbidden from leaving, the cruise line says, and some of the thousands of passengers on board are being tested for the virus.

Chief public health officer Dr. Theresa Tam said most of the cases in Canada so far have been mild, and the patients are self isolating at home. About seven people are in hospital, but that does not necessarily mean those patients are severely ill, she said.

So far in Ontario, all of the 28 patients known to be sick had recently travelled outside the country or were in close contact with another patient who had.

However, Canada's first apparent case of community transmission was reported in British Columbia on Thursday night, when officials announced eight new cases of the illness.

They say a woman in the Vancouver area was diagnosed with COVID-19, even though she had not travelled recently and had no known contact with anyone else diagnosed with the virus.

Quebec has two confirmed cases and one presumptive diagnosis that still has to be confirmed by the National Microbiology Lab in Winnipeg. Alberta has reported two presumptive cases of the illness.

Health officials in Ontario, British Columbia and across Canada have said the risk posed by COVID-19 in this country remains low.

But they've been preparing for weeks for a possible outbreak similar to the ones seen in Iran, South Korea, Italy and China -- where the virus originated.

Canada is increasing its funding for COVID-19 research by $20 million, Health Minister Patty Hajdu announced Friday, after concluding that the $7 million it had planned to spend isn't enough.

The applications for the initial amount were "overwhelming," Hajdu said.

Forty-seven research teams will now get backing from the federal government for work to "inform clinical and public health responses, develop and evaluate diagnostic tools and vaccines, as well as create strategies to tackle misinformation, stigma, and fear."

"It also allows Canada to be at the ground level of this research so that when a vaccine is developed we are partners with other countries, that we can access that vaccine or that treatment quickly," Hajdu said.

Meanwhile, the 129 Canadians who were quarantined after returning to Canada from a coronavirus-stricken cruise ship in Japan have finally been allowed to return home.

The Canadians were mostly confined to their rooms for two weeks aboard the Diamond Princess docked at Yokohama, Japan. The ship contained the largest outbreak outside of China at the time.

The Canadian government repatriated those without signs of the virus and put them under a further 14-day quarantine at the Nav Centre in Cornwall, Ont.

"These individuals remained asymptomatic for COVID-19 throughout the 14-day quarantine period and, as a result, they pose no risk to others and can safely return to their communities and to their usual activities," Tam said in a written statement.

British Columbia Premier John Horgan announced the province is activating its provincial pandemic plan to deal with COVID-19, with a committee of deputy ministers overseeing the province's response to the virus.

About about 2,000 people have already been tested and the province now has four labs to do the testing, Horgan said.

Health Minister Adrian Dix said the province is ready to use emergency powers to protect the population, health workers, and the health system's capacity to help patients with other problems.

The B.C. government is also preparing for how it will function if large numbers of public employees get sick, Dix said, adding the plan is to be ready to operate under an outbreak that lasts up to four months.