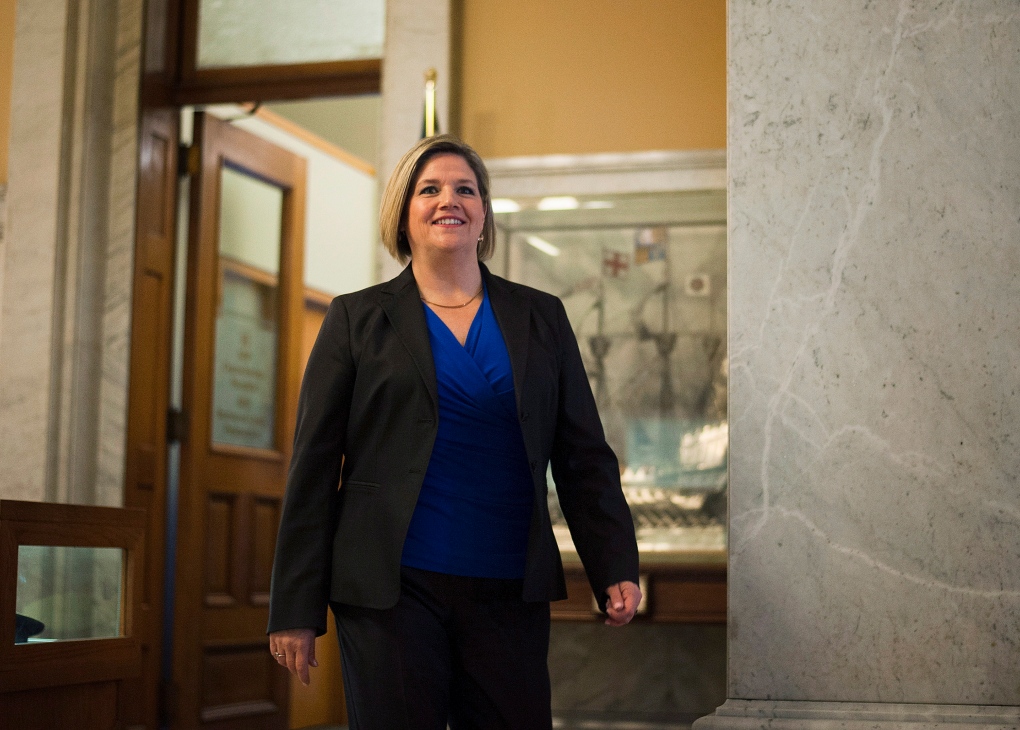 Ontario NDP Leader Andrea Horwath makes her way to a news conference at Queen's Park in Toronto on Wednesday May 14, 2014. (Aaron Vincent Elkaim / THE CANADIAN PRESS)

Horwath said that would help cushion the blow of a higher minimum wage, which she is pledging to raise to $12 an hour, also by 2016.

"Ontarians have been told that supporting both small business owners and standing up for hard-working people can't be done -- that they are competing interests," Horwath said.

"Don't ever, ever let them tell you that it can't be done."

The tax cut would address inequality in Ontario while still allowing small businesses to create jobs, she said.

The lost revenue from lowering the tax bite would come from finding efficiencies and savings in government, she said.

Horwath said an important factor in raising the minimum wage is predictability, so businesses can plan.

The NDP leader planned to head to Sarnia later Thursday.