NDP motion calls on feds to decriminalize marijuana before legalizing it 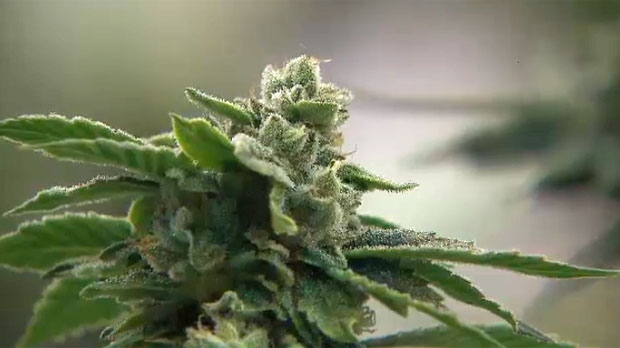 The medical use of marijuana is growing in Canada.

OTTAWA -- The New Democrats are urging the Liberal government to decriminalize pot before they legalize it.

Prime Minister Justin Trudeau campaigned on a promise to legalize, regulate and restrict access to marijuana, and his government plans to get started next spring.

Meanwhile, the existing criminal law remains on the books and police are expected to enforce it.

The NDP is introducing an opposition day motion on Monday calling on the House of Commons to recognize there is a contradiction in giving people criminal records for something the government has said should not be a crime.

The motion also calls on the government to decriminalize simple possession of marijuana for personal use immediately.

Rankin also said the law is being applied inconsistently across the country, which adds to the unfairness.

Rankin said one way to decriminalize it without having to wait for legislation to make its way through Parliament would be to have Attorney General Jody Wilson-Raybould issue a directive under the Public Prosecutions Act ordering Crown counsel to avoid proceeding with prosecution for simple possession offences.

"I just think the sensible thing to do would be to no longer charge people until we can get the reformed regime in place," said Rankin.

Health Minister Jane Philpott formally announced in April the federal government's plan to legalize and regulate marijuana when she spoke to the United Nations General Assembly in New York.

"We know it is impossible to arrest our way out of this problem," Philpott told a special session on global drug policy as she revealed the promised legislation could come in spring 2017.

That same day, Trudeau argued it would be irresponsible to decriminalize marijuana in the meantime.

"We believe in the legalization and regulation of marijuana because it protects our kids and keeps money out of the pockets of criminal organizations and street gangs," Trudeau told the House of Commons.

"The fact of the matter is that decriminalization, as the member proposes, actually gives a legal stream of income to criminal organizations. That is not what anyone wants in this country," Trudeau said.

Trudeau acknowledged in a 2013 interview with the Huffington Post that he had smoked pot occasionally, including once after being elected as an MP.

Trudeau also revealed in that interview that his youngest brother, Michel, had been charged with marijuana possession not long before he died in a 1998 avalanche.

That influenced his choice to first support the decriminalization of marijuana, Trudeau said, which later changed to legalization after he was convinced it was the best way to keep it away from children.

He was responding to members of the police community who had said the discussion surrounding legalization had created confusion, especially for officers on the front lines tasked with enforcing the law.

On May 26, Toronto police along with city municipal licensing and standards officials raided 43 marijuana dispensaries.

They arrested 90 people, including shop owners and employees.

A coalition of marijuana dispensaries in Toronto said police and city officials made a "major mistake" in targeting the pot shops and called for the charges to be dropped.

Some Torontonians denounced the operation -- called Project Claudia -- as a waste of police resources, while others questioned the timing.

Toronto Police Chief Mark Saunders dismissed the criticism, saying the raids were prompted by health concerns and complaints from the community.