NDP Leader Jagmeet Singh has his work cut out for him: Mulcair 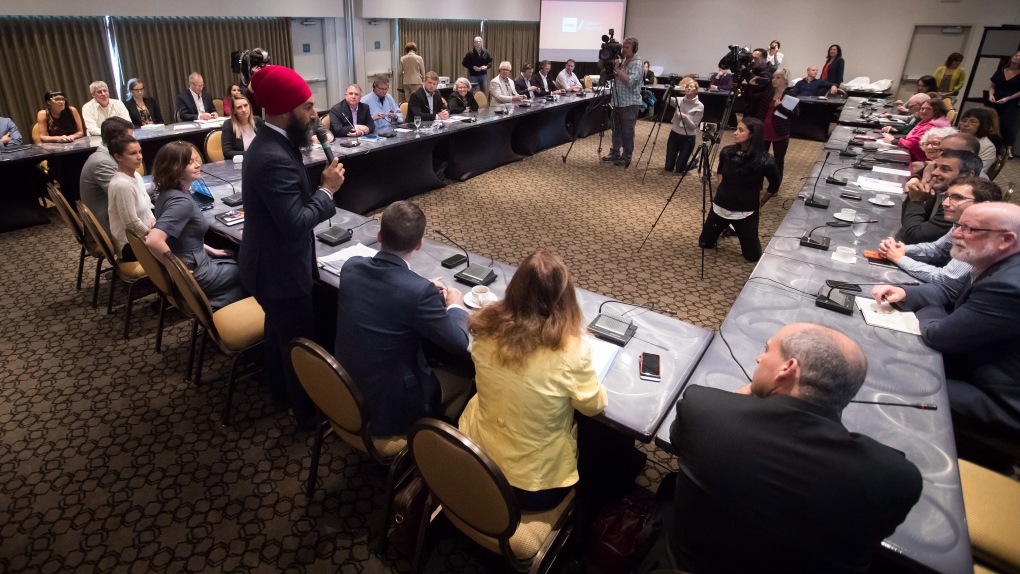 OTTAWA – As the federal NDP caucus holds its retreat in Surrey, B.C., to plot out a strategy for the fall parliamentary session, its former party leader says his successor Jagmeet Singh has a long road ahead if he wants to achieve electoral success.

"No question that Mr. Singh has his work cut out for him," Thomas Mulcair said in an interview with Don Martin, host of CTV's Power Play, speaking to the current polling and fundraising numbers that have the New Democrats trailing the Liberals and Conservatives.

As well, the early announcements from several senior NDP MPs that they will not seek re-election are a "concern," Mulcair said, “because it’s that experience that would be lost.”

Singh's nearly year-long tenure as leader has been met with both internal and external mixed reactions over how he’s handled a few caucus issues, including his latest move to deny former NDP MP Erin Weir the chance to run again under the party's banner.

Though, when he walked in to the caucus room Tuesday he was met with applause by the NDP MPs in attendance, with Singh saying the caucus is unified and he’s determined to get the NDP message out to Canadians.

"It's a really tough time for the party right now," Mulcair said, noting that he expects Singh will work hard to make up ground.

Mulcair once again restated a previous remark: that Singh needs to get a seat, noting that the byelection he is eyeing in Burnaby South, has yet to be called.

The current NDP MP holding the B.C. seat, Kennedy Stewart, doesn't plan to resign until later this week, according to the Canadian Press. Once he does, Prime Minister Justin Trudeau will have up to 180 days to set a date for the byelection. That means he could strategically set it far enough into the future that it greatly narrows the potential window of time in which Singh could sit in the Commons before the federal election is called.

Singh, without a seat in the Commons, is unable to question Trudeau during question period. But he does attend the weekly national caucus meetings in Ottawa when the House is sitting, and routinely addresses the media afterwards.