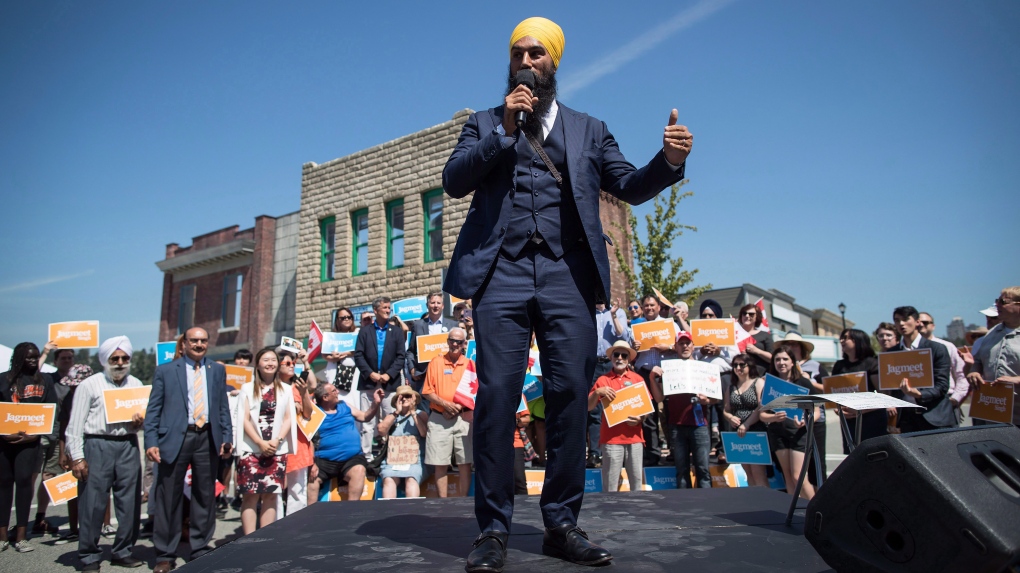 NDP Leader Jagmeet Singh announces he will run in a byelection in Burnaby South, during an event at an outdoor film studio, in Burnaby, B.C., on Wednesday August 8, 2018. (THE CANADIAN PRESS/Darryl Dyck)

The NDP's annual fundraising returns posted to the Elections Canada website today show the party pulled in $4.86 million from 39,053 donors.

The elections watchdog gave the party a filing extension that meant the NDP's annual return is being made public two months after their federal rivals.

The New Democrats have had a tough time establishing an campaign war chest that measures up to the Tories or the Liberals ever since the 2015 federal election when the party plummeted into debt.

The years that followed have seen major expenses, including a federal leadership race and national conventions.