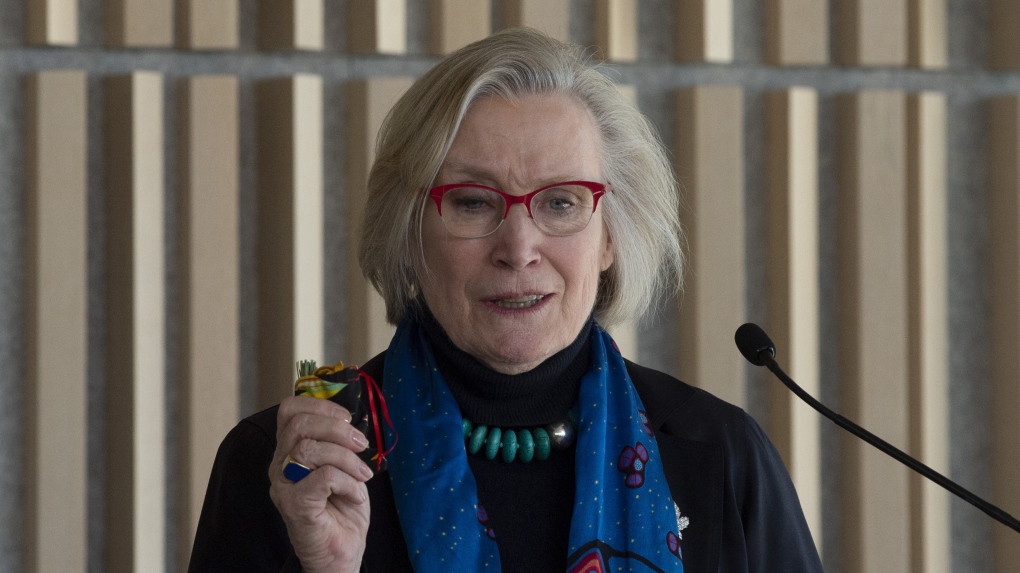 OTTAWA -- The federal government will not be able to deliver a national action plan to make life safer for Indigenous women and girls next month as promised because of the COVID-19 pandemic, Crown-Indigenous Relations Minister Carolyn Bennett said Tuesday.

The one-year anniversary since the inquiry concluded and issued its 1,200-page final report and 231 "calls for justice" will come in early June. In recent days, Indigenous women's groups have pleaded with Ottawa for the plan to be fast-tracked because the stress of the pandemic has exacerbated the violence facing many Indigenous women and girls.

But the pandemic has also made delivering the plan next month impossible, Bennett said in an interview with The Canadian Press.

The inquiry delivered its final report June 3, 2019 with a stunning conclusion that decades of persistent and systemic racism and human rights violations had contributed to the deaths and disappearances of hundreds of Indigenous women and girls and that it constituted a genocide.

Its recommendations for action spanned four general themes of health, justice, security and culture, including addressing overcrowding and food insecurity for women in Indigenous communities, and more funding for women's shelters. A national action plan was at the top of the list.

Prime Minister Justin Trudeau said at the time a plan would be developed in collaboration with Indigenous leadership and provincial governments to keep it flexible and responsive to the different issues and needs found in different regions. In December, Bennett said it would be ready by the one-year anniversary.

She said Tuesday there has been a lot completed and at least one jurisdiction, Yukon, is ready to go. But she said some provinces "have indicated that they are going to need a little more time."

She would not say when she thinks the plan will be finished because COVID-19 has so many uncertainties.

"Some of it will track with what happens with COVID, depending on a second wave," she said. "We are committed to getting this done and having a quality plan that will address the issues that the families and survivors have identified."

Lorraine Whitman, the president of the Native Women's Association of Canada, said she was appalled the government is using COVID-19 as an excuse to delay.

"Indigenous women are still dying and disappearing in Canada, families are still being left in the dark about the loss of their loved ones," she said. "The time to act is now, not years or even months from now."

Whitman told a House of Commons committee May 15 that reports from its provincial and territorial partners show the pandemic having a terrible toll on Indigenous women, with more reports of domestic violence, elder abuse and child abuse. A survey done by NWAC of 250 Indigenous women found more of them were afraid of domestic violence than they were of the novel coronavirus.

Whitman said NWAC has offered some tangible things the federal government can do immediately and has had no response. She said NWAC will give Ottawa until June 3, before it shares those things publicly, the same day it intends to release a report card on the government's actions to date.

This report by The Canadian Press was first published May 26, 2020.