Mulcair resigns as an MP, putting Montreal seat up for grabs 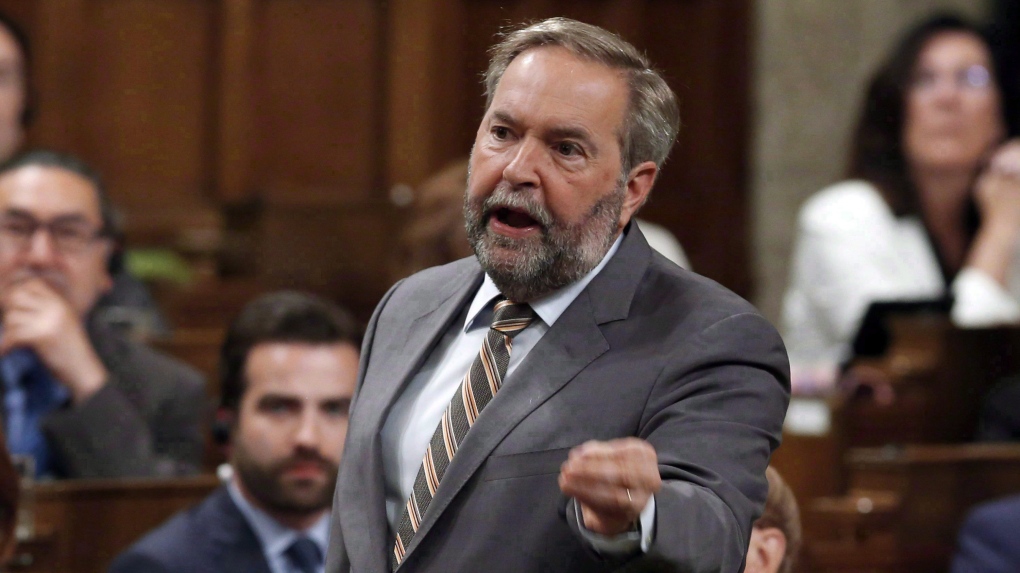 OTTAWA – Today is former NDP leader Tom Mulcair's last day as an MP, meaning his Outremont, Que. seat is soon to be up for grabs.

The NDP confirmed Thursday that Mulcair sent his letter of resignation to the Speaker of the House of Commons Geoff Regan on July 21, notifying him that he’d be vacating his seat, effective midnight Aug. 3.

Mulcair and his colleagues marked his final day in the House of Commons back in June before Parliament rose for the summer.

Mulcair served as MP for the Montreal riding of Outremont since a 2007 byelection. The seat was long considered a Liberal stronghold, but Mulcair won it three more times.

He carried his party into and through the 2015 federal election, which saw the party’s seat count drop considerably, moving the party from official opposition, to third-party status. He subsequently lost the party’s support to remain leader at the 2016 convention, and was replaced by Jagmeet Singh in 2017.

Though retiring from politics, he is set to teach in the political science department at Universite de Montreal, and will appear as a political commentator on CJAD 800 in Montreal, CTV Power Play with Don Martin, and on CTV News Channel.

With Mulcair vacating his seat, Prime Minister Justin Trudeau has up to 180 days to call the byelection in the riding. The election period for the byelection must last at least 36 days.

The NDP have named Julia Sanchez as the party’s candidate for the riding. In a tweet she said she’s looking forward to working on "addressing key priorities and concerns of the people of Outremont."