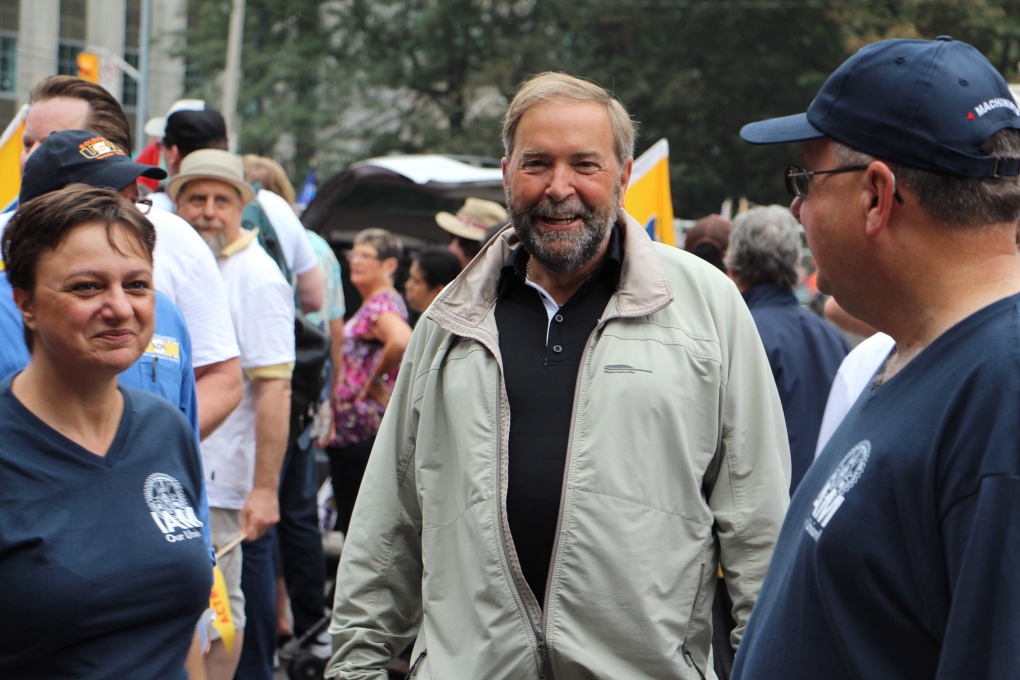 NDP Leader Thomas Mulcair will pledge a national minimum wage as the party officially shifts into campaign mode next week with a series of election promises at an upcoming strategy meeting in Edmonton.

“We will be discussing ways to support families, the federal minimum wage will be part of that discussion,” he told CTV News.

Minimum wage is under provincial jurisdiction and rates vary between provinces, but Mulcair wants to change that. “Since the (federal) Liberals eliminated the federal minimum wage in 1996, experts have pushed for it to be reinstated” he said.

The NDP’s three-day caucus retreat will focus on plotting election strategies and finalizing policies that will be part of their campaign platform -- including the promise of a national minimum wage.

Although Mulcair would not say how much the rate would increase under his proposal, it’s being panned as “a dumb, anti-small business measure” that will lead to wage inflation and higher unemployment, according to Dan Kelly of the Canadian Federation of Independent Business.

NDP strategists dismiss the criticism and believe their selective rollout of certain policies months ahead of an election will help position them as the only credible, progressive alternative against the Liberals, which has eclipsed them in several polls.

The Liberal leader, Justin Trudeau, remains ahead of Mulcair in popularity.

“We will compete with ideas, not beauty” one NDP insider said.

The NDP has also promised:

The three-day caucus retreat runs from September 9 to 11.

New Democrats are coming out of a tough summer. In August, the Board of Internal Economy concluded the party “broke the rules” when it spent taxpayer money on hiring staff for satellite offices.

Later that same month, Montreal-area MP Sana Hassainia quit the party over what she saw as Mulcair’s pro-Israel stance during the war in Gaza.