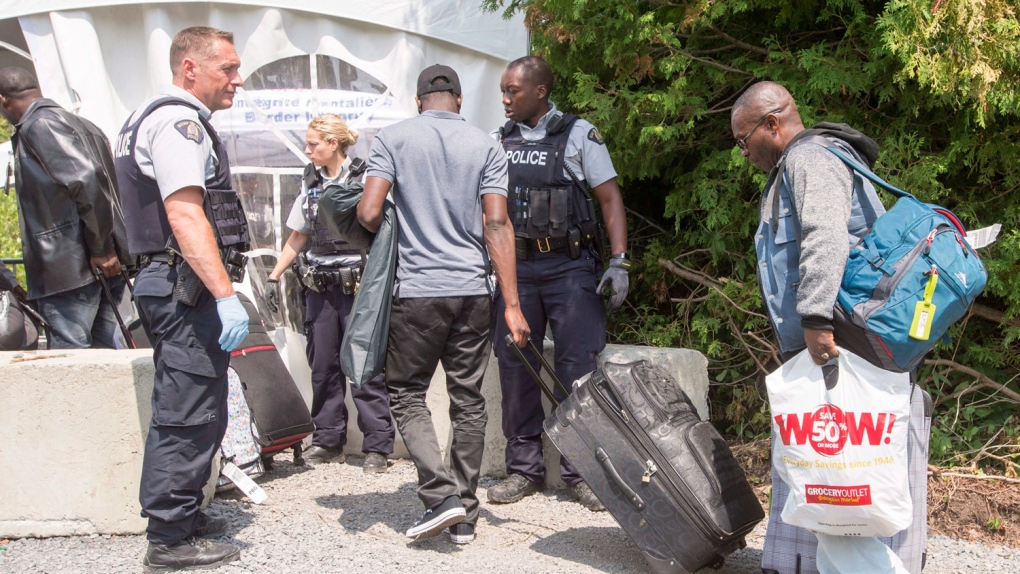 OTTAWA – The House of Commons Citizenship and Immigration Committee is holding a special meeting on Monday in response to a call from Conservative and NDP MPs to hold an emergency hearing to discuss the number of asylum seekers crossing the border into Canada.

The opposition parties also want to hear from Minister of Immigration, Refugees and Citizenship Ahmed Hussen on the matter, before early August.

The meeting notice was posted Wednesday afternoon, after both NDP immigration and refugee critic Jenny Kwan, and Conservative critic Michelle Rempel issued statements requesting the House of Commons Citizenship and Immigration Committee urgently meet to discuss the matter. The pair also happen to be the vice-chairs of the committee.

While united in their desire for the meeting, their reasoning differs.

The NDP have called for the meeting "to discuss the lack of support" for the asylum seekers coming from the United States, while the Conservatives want to meet to review the government’s response to what they consider a "border crisis."

"The time to act is now, before this situation gets any worse. We know that shelters are at capacity," said Rempel in the Conservative statement, echoing the message from the Ontario PC government, which recently stated the province is "at capacity" and insisted that Ottawa foot the bill for any new asylum seekers that cross the border illegally.

"So far the Liberals have dragged their heels and failed to present a clear plan, meanwhile the Conservatives' only solution is to take a page from Trump and shut down the border to asylum seekers," Kwan said in the NDP statement.

The House of Commons is currently on a summer break, meaning committees are not meeting. While convening over the summer is uncommon, it is not unheard of. It has happened in the past to address pressing issues.

This preliminary meeting will be televised from Centre Block, between 1 p.m. and 3 p.m. on July 16. There, the committee —which the Liberals hold the majority on—will decide whether or not to study the matter in subsequent summer meetings.

At the meeting, Rempel will move a motion to study "the adequacy of the federal government's response to the impact of increased asylum seekers crossing into Canada from the United States; that the Minister of Immigration, Refugees and Citizenship appear before the Committee for the purposes of this study; that this study be comprised of at least two meetings; and that this study be completed by no later than August 3, 2018."