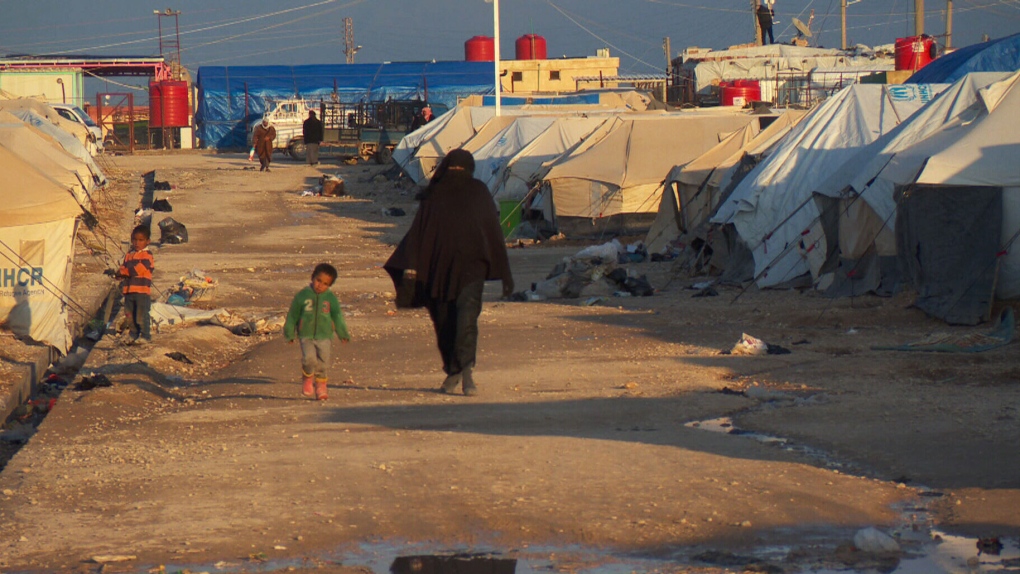 A new Nanos Research survey suggests that the majority of Canadians support or somewhat support the idea of bringing Canadian-born orphans of ISIS fighters back to Canada.

The majority of Canadians appear sympathetic to the plight of orphaned children of ISIS fighters stranded in the Middle East, but most don’t feel the same about adults who travelled to ISIS-controlled regions.

CTV’s Paul Workman reported last month that 28 Canadian women and children are stranded in Syrian refugee camps. Among them is four-year-old Amira, whose parents left Canada to join ISIS and were killed in airstrikes earlier this year along with Amira’s three siblings.

Amira’s uncle has lobbied the federal government to allow her to come back to Canada, but Defence Minister Harjit Sajjan said last month that Ottawa does not have the necessary support in Syria to repatriate the little girl. Federal officials have also told the girl’s uncle that a DNA test is required to prove her citizenship – a measure that could take months.

People living in Atlantic Canada were most supportive of bringing ISIS orphans back to Canada, while those living in the Prairies were the least supportive. Women were about 7 per cent more likely to support the idea than men.

About the same proportion of participants believe it’s a good idea to provide government aid, including financial assistance, to ISIS orphans who return to Canada but don’t have any relatives to live with. Almost six in 10 Canadians supported (29 per cent) or somewhat supported (31 per cent) providing care and financial assistance. Another 23 per cent opposed the idea, with 13 per cent somewhat opposed.

But most Canadians don’t feel the same way about the wives of ISIS fighters. Nearly seven in 10 Canadians disagreed (46 per cent) or somewhat disagreed (20 per cent) with the proposal that Canadian women who travelled to the Middle East with an ISIS fighter husband should be allowed to come back to Canada in the event that their partner has been killed.

Only three in 10 participants agreed (14 per cent) or somewhat agreed (16 per cent) with the idea, while another 4 per cent were unsure.

The vast majority agreed that any adult who travelled to the Middle East to join ISIS or went to live in ISIS-controlled lands should lose their Canadian citizenship, with more than seven in 10 survey participants agreeing or somewhat agreeing with stripping their citizenship. Only two in 10 disagreed or somewhat disagreed.

On a different note, the poll found that most Canadians believe the government is doing a good job or a very good job at screening people who want to become Canadian citizens.

Nearly half of those polled said Canada is doing a very good job (14 per cent) or a good job (34 per cent), while 24 per cent described the job as “average.”

About a quarter of those polled said Canada does a poor job (15 per cent) or a very poor job (9 per cent) at screening potential citizens.

Nanos conducted an RDD dual frame (land-and cell-lines) hybrid telephone and online random survey of 1,000 Canadians, 18 years of age or older, between June 29th and July 4th, 2019 as part of an omnibus survey. Participants were randomly recruited by telephone using live agents and administered a survey online. The sample included both land-and cell-lines across Canada.

The results were statistically checked and weighted by age and gender using the latest Census information and the sample is geographically stratified to be representative of Canada.