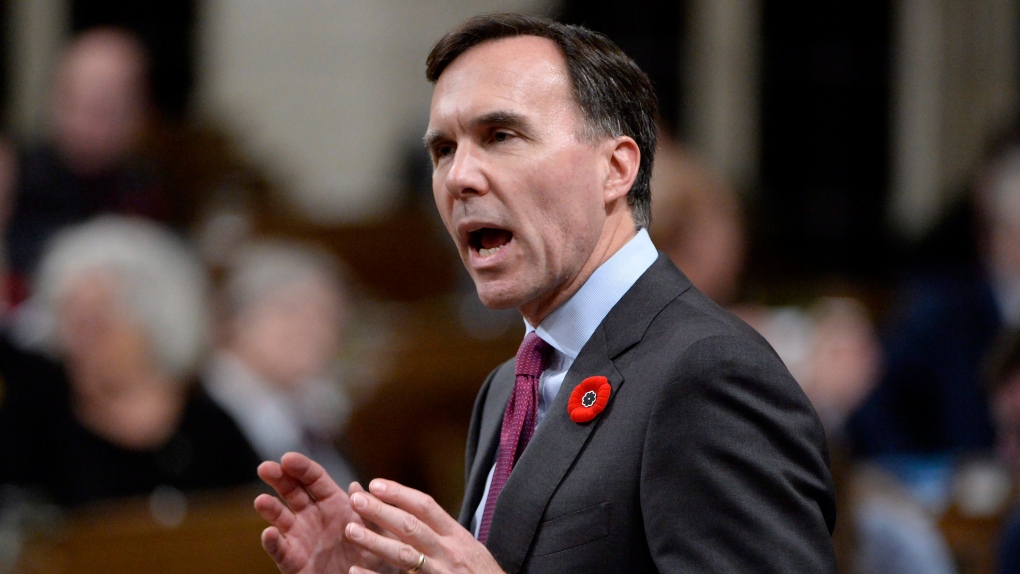 Finance Minister Bill Morneau responds to a question during Question Period in the House of Commons, in Ottawa on Tuesday, October 31, 2017. (THE CANADIAN PRESS / Adrian Wyld)

OTTAWA -- The Trudeau government is trying to turn the tables on Conservatives who continue to attack Finance Minister Bill Morneau for his failure to put his personal assets in a blind trust.

Prime Minister Justin Trudeau says Morneau followed the advice of the federal ethics watchdog and points out that a number of ministers in the previous Conservative government made similar arrangements to handle their assets.

Since the furor over his personal fortune arose two weeks ago, Morneau has promised to sell his shares in his family company, Morneau Shepell, and place all his other assets in a blind trust.

But the Conservatives are hammering away at numbered companies Morneau has disclosed to the ethics commissioner, demanding to know precisely what assets those companies hold.

Morneau is fighting back today in question period, claiming that at least 21 Conservative MPs also own numbered companies.

He is urging the Opposition to concentrate on the needs of their constituents rather than obsess over his personal finances.