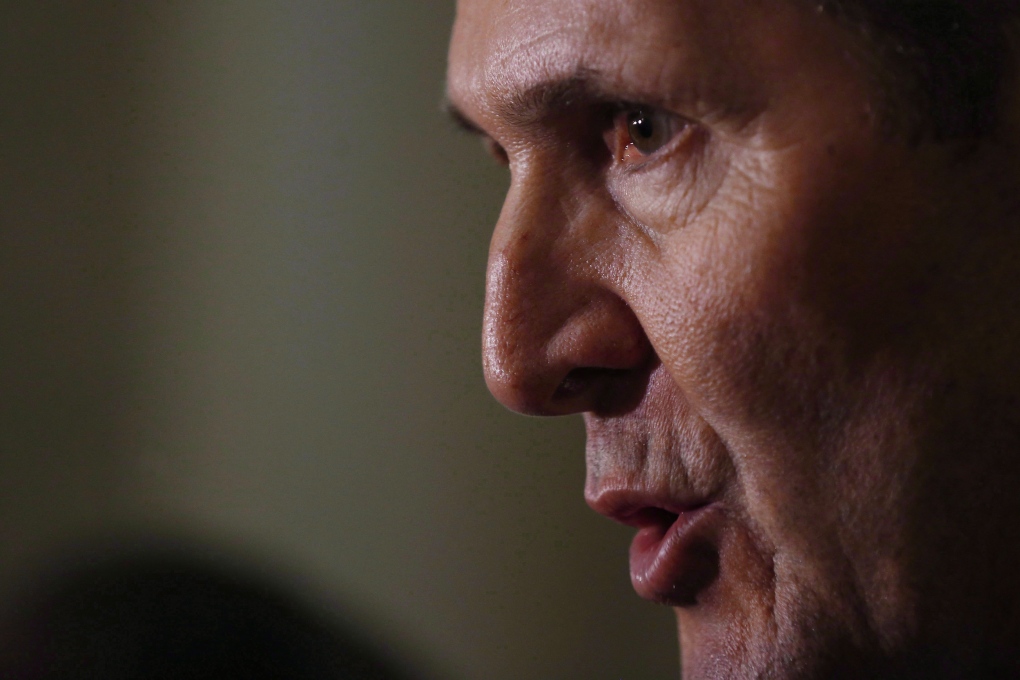 In this May 31, 2016 file photo, Manitoba Premier Brian Pallister speaks to media after his first provincial budget is read in the Manitoba Legislature in Winnipeg. (John Woods/The Canadian Press)

WINNIPEG -- There is no guarantee Manitoba's frozen minimum wage will thaw in 2017, as the premier and labour leaders disagree over whether a higher minimum pay rate helps the poor.

In a year-end interview with The Canadian Press, Premier Brian Pallister said he doesn't believe a higher minimum wage is the best way to reduce poverty.

"It's a mitigation tactic that is seen on the surface to be helping but really doesn't reduce poverty," Pallister said.

"Economic growth and economic development is very critical to helping people find work. We're all about (a) hand-up."

While the previous NDP government made a habit of raising the minimum wage every October, Pallister's Progressive Conservatives kept the wage at $11.00 an hour after winning the provincial election in April.

The move has been widely criticized by labour leaders as harmful to the working poor.

"It leaves people earning minimum wage $400 worse off because of cost of living and (prices) going up," said Kevin Rebeck, president of the Manitoba Federation of Labour.

Pallister said he believes long-term job security and economic growth are the best ways to boost wages for all workers and create opportunities for the unemployed. Those opportunities, he said, are not helped at all by a higher minimum wage.

The Tories have also helped low-income earners, Pallister said, by raising the basic personal exemption on income tax -- the level below which people pay no tax on their earnings. But critics say the tax break is worth pennies on the dollar compared to what a higher minimum wage would do for the working poor.

The government has made no commitment to raising the wage in 2017 and has referred the issue to the labour-management review committee, a government advisory group made up of both business and worker representatives.

The same committee studied the issue in early 2015 under the previous NDP government and was unable to agree on recommendations.

Labour representatives called for the minimum wage to be increased to $14.65 an hour and then indexed to inflation. Business members on the committee recommended no immediate increase, a raise every two years tied to inflation and a 15 per cent lower minimum wage for students and workers in industries where tips are common.

The Alberta government is moving to a $15 an hour minimum wage by Oct. 1, 2018. Hourly minimum wages in Atlantic Canada are $11 or lower.