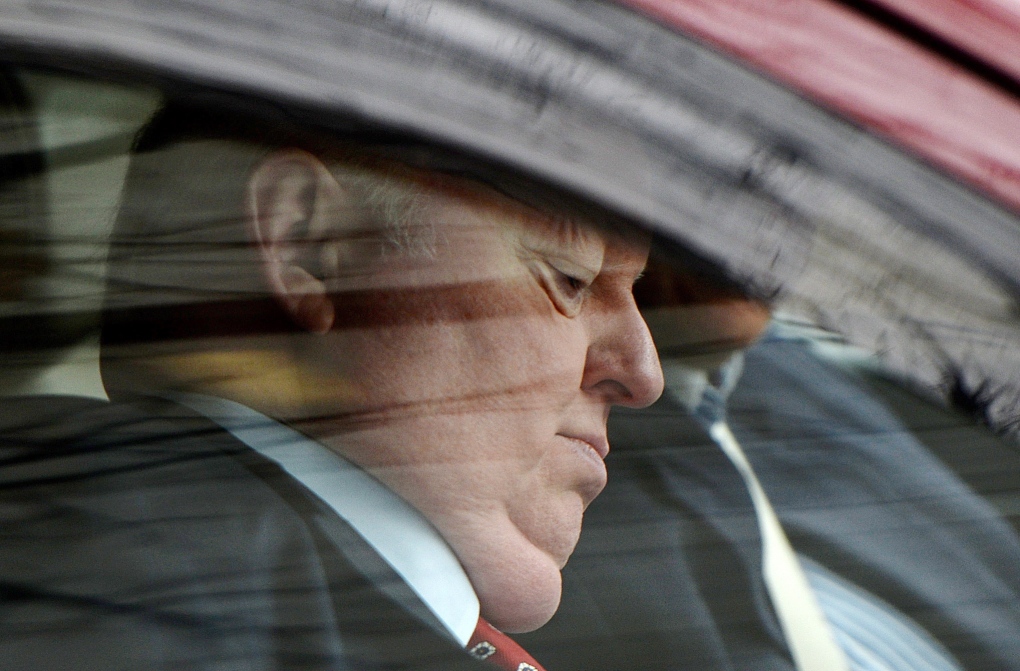 OTTAWA -- What does an Ottawa home-construction product company have to do with Sen. Mike Duffy's office contracts?

The answer has yet to be fully fleshed out in an Ottawa courtroom, but the details unfolding this week add a new layer of complexity to an already convoluted trial.

The now-suspended senator is facing 31 charges of fraud, breach of trust and bribery. Some of the charges relate to $65,000 in Senate contracts given to Duffy's friend Gerald Donohue through Donohue's companies Maple Ridge Media and Ottawa ICF.

Some of that money was later allotted to other individuals -- an office volunteer, a photo developing store, a speechwriter, a political consultant, a personal trainer and others, through those Donohue firms.

Duffy's lawyer has made the case that while unorthodox, the payments all linked to legitimate Senate business and Duffy never received any kickbacks.

The perplexing thing is that Donohue wasn't eligible to earn money because he was on disability assistance. He didn't own or technically even work for Maple Ridge Media or Ottawa ICF. His wife Gail was a figurehead president, and his son a director.

And that company was ostensibly in the business of selling and helping to install a particular kind of home-building product -- insulated concrete forms.

Donohue told police in a 2013 interview that he didn't actually do most of the work that was described in Senate invoices and he didn't personally receive any of the $65,000 paid by the Senate.

"He said he earned money for the company which consisted of his wife and son," reads the transcript of the police interview.

It gets more bewildering -- the son says he didn't know about any of the Senate business.

Matt Donohue testified Tuesday that although he was a 40 per cent shareholder in the family company, he didn't know the details of his father's dealings with Duffy and he didn't recognize any of the subcontractors who received payments.

"The affairs of my father and his friends and acquaintances was really none of my business, so I didn't stick my nose into the nature of it," said Donohue, who said he is currently unemployed.

Donohue was also at a loss to explain why his father's name appeared on so many company cheques, even though Gerald Donohue did not have any signing authority or any formal role in the company.

"When we go through some of these cheques and you see him writing cheques to himself, does that cause you any concern?" asked Crown attorney Mark Holmes.

"I don't see an issue with him being compensated for expenses on my behalf," said Matt Donohue.

Gerald Donohue was scheduled to testify this week, but the court heard that he was recently hospitalized and is recovering at home.

Defence lawyer Donald Bayne told reporters that the way Donohue has been portrayed in the context of the trial is "pretty scandalous."

"He's a very good man and a very decent man and a well accomplished man who wants to tell his side of all this," said Bayne.