Mike Duffy's longtime friend testified further on Friday about what the Crown alleges to be a Senate slush fund Duffy used to pay for questionable expenses.

Bill Rodgers, a former journalist and political staffer whose legal name is William Kittelberg, took the stand Friday and explained how he ended up with a $2,000 cheque from Duffy -- which the RCMP claims came from a $65,000 fund that Duffy is alleged to have built with taxpayer money. 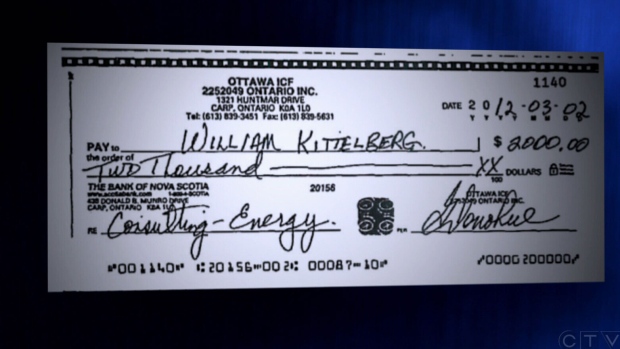 Rodgers explained Friday that he would meet and talk with Duffy every two or three days, on topics such as federal policy issues.

But in 2012, Rodgers said, Duffy decided he should be paying Rodgers for his advice.

"I thought it was unusual, because I'm a friend. I don't ask for payment," Rodgers testified Friday.

But Rodgers was paid, allegedly by Gerry Donohue -- the man the RCMP claims was running Duffy's so-called slush fund.

"When Senator Duffy said to you that he would see if Gerry Donohue had any funds to pay you, did he tell you whose funds those were?" the Crown asked.

Rodgers replied: "I believe he said the Senate." 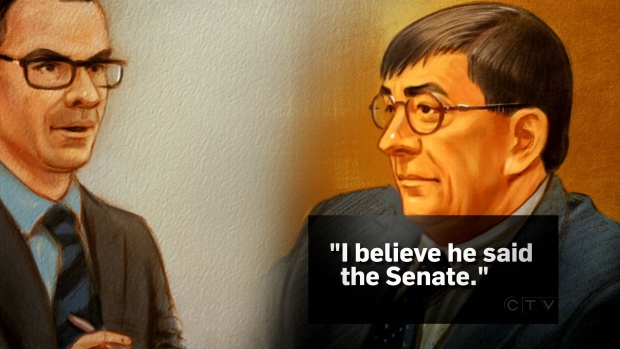 Rodgers also testified that he was told by the RCMP that other senators were also using a system by which Senate money was spent through a third party.

"It's not a Mike Duffy practice, it's a practice that happens with quite a few senators," Rodgers said. However, he said he did not know the names of any specific senators who were also allegedly using that method.

The latest allegations haven't been proven in court. And neither has a claim that was brought forward by the Crown Friday that Duffy was paid $10,000 to give a speech at a private building owner's convention in Ottawa -- but he then charged taxpayers $3,000 to cover his flight to get there.

The organization's executive director said he didn't think the group needed to pay for Duffy's travel.

"As far as we were concerned, Sen. Duffy was a local person," Dean Karakasis told the court.

But Duffy billed the Senate for travel to Ottawa from Charlottetown to the tune of $3,000. Documents show Duffy justified the charge by saying he was in Ottawa for Senate business.

Duffy's lawyers have maintained that the events he attended were connected to his Senate work and therefor he was within his rights to claim those expenses.

Duffy has pleaded not guilty to all of the 31 charges of fraud, breach of trust and bribery.

The bribery charges stem from a $90,000 cheque Duffy received from Prime Minister Stephen Harper's former chief of staff so that Duffy could reimburse the Senate for expenses.

The trial has prompted many questions from opposition parties in the House of Commons, but the government has largely refused to answer, saying the case is still before the courts.

The trial will now take a scheduled three-week break before resuming on June 1.