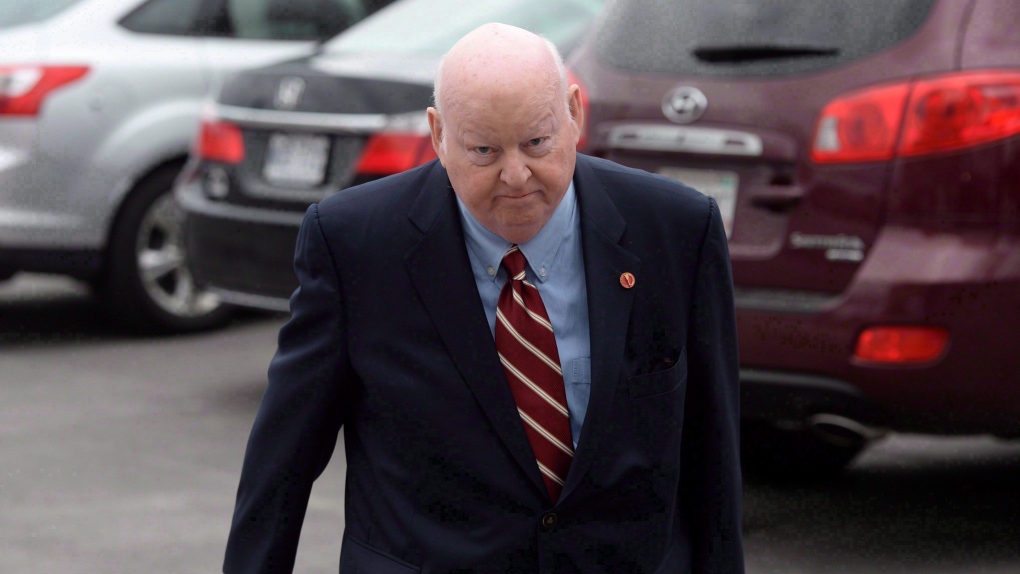 Senator Mike Duffy returns to Parliament Hill in Ottawa on Monday, May 2, 2016. THE CANADIAN PRESS/Sean Kilpatrick

OTTAWA -- Sen. Mike Duffy has filed an appeal to the country's top court in the hopes the Supreme Court of Canada will let him sue the Senate from a years-old spending scandal.

Duffy is seeking $7.8 million in damages from the Senate, RCMP and the federal government for a high-profile investigation into his expenses and subsequent suspension without pay for nearly two years.

Two lower-court decisions said the upper chamber's decision to suspend Duffy is protected by parliamentary privilege, a centuries-old right designed to protect legislators from having to answer to judges for doing their jobs.

In a filing Wednesday, Duffy's lawyers argue the Supreme Court must weigh in on the limits of parliamentary privilege and whether they were overstepped when the Prince Edward Island senator was suspended.

His legal team wrote the case raises issues of national importance about the "necessary scope of immunity of the unelected Senate of Canada, given its actual functions," requiring the top court's attention.

"Is the Senate allowed to carry out their malicious misconduct, which cost Sen. Duffy his job, his livelihood, his reputation?" his lawyer, Lawrence Greenspon, said in an interview.

"The balance between the rule of law and the claimed immunity of the Senate is an issue which we say should be looked at by the Supreme Court of Canada and hopefully, we will be granted leave to argue it."

Duffy was named to the Senate on the advice of then-prime minister Stephen Harper in 2008. He left the Conservative caucus in May 2013 and now sits with the Independent Senators Group.

The Prince Edward Island senator was dramatically suspended in late 2013 without pay, along with two other senators, Pamela Wallin and Patrick Brazeau, before any charges were laid against him.

Greenspon argued before lower courts that the suspension was politically motivated and came at the direction of Harper's office, which forfeited any immunity the Senate has.

Greenspon said Harper's office threatened Duffy that he would be kicked out of Senate unless he admitted to inadvertently abusing his expense account and repaid $90,172 in housing expenses.

The Senate has maintained it was disciplining one of its own, which it has the power to do without interference from the courts.

Philippe Hallee, the Senate's law clerk, said in a statement that the upper chamber's legal team was reviewing Duffy's application for leave to appeal and wouldn't comment further at this time.

Duffy was acquitted on 31 criminal charges in 2016, after a judge found his expenses weren't criminal, even if they raised eyebrows. The Senate refused to reimburse Duffy for his lost salary or his legal fees and demanded that he repay almost $17,000 in disputed expenses.

"All of those things really coming together made it almost imperative that Sen. Duffy continue this battle, this fight for fair treatment and recognition of the fact that his rights have been violated," Greenspon said.

He added that Duffy was "very comfortable" turning now to the Supreme Court.

Duffy first sued the Senate, but in 2018 was dealt a blow when an Ontario Court justice said the Senate's decision to suspend Duffy is protected by parliamentary privilege. Earlier this year, the Ontario Court of Appeal unanimously upheld that ruling.

In 2019, the Supreme Court took about four months to decide whether to hear an appeal. Those granted leave to appeal then took, on average, under one year to have a hearing and then a ruling.

Duffy is scheduled to reach the mandatory Senate retirement age of 75 next May.