Mexico on list of 'safe' countries used by immigration officials 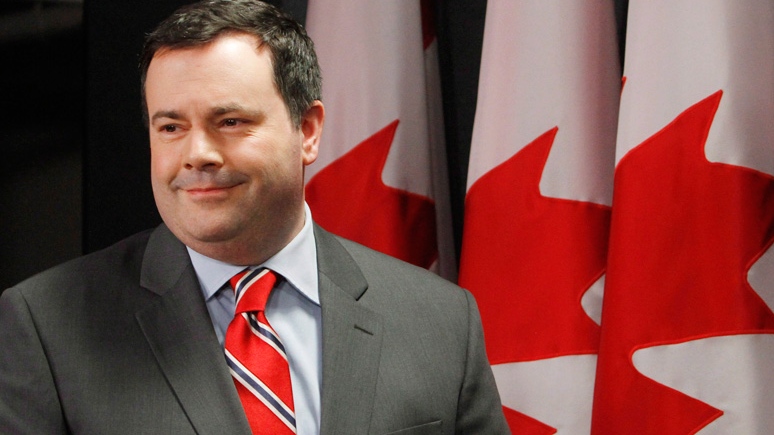 OTTAWA -- Mexico, a country currently in the throes of an epidemic of drug-related violence, is no longer considered by Canada to be a genuine source of refugees.

It was among eight countries added Thursday to a controversial list now used by immigration officials to fast-track certain refugee claims.

The move could be seen as the first step towards lifting visa requirements for Mexican citizens seeking to come to Canada, as promised by Prime Minister Stephen Harper last fall upon the visit of Mexico's new president.

Foreign Affairs Minister John Baird was in Mexico Thursday and informed his counterparts of the changes.

In addition to Mexico, claimants from New Zealand, Australia, Finland, Norway, Japan, Iceland and Israel join those from 27 other countries whose refugee applications are now being fast-tracked.

Applicants from so-called "safe countries" also lose certain avenues of appeal if their claims are rejected. Claims from Israel will be shunted into the new system, not including those from the West Bank or Gaza.

The changes are part of new legislation that Immigration Minister Jason Kenney has said is designed to cut back on the number of fraudulent claims clogging the system and slowing things down for actual refugees.

"Faster processing of asylum claims from generally safe countries is an essential feature of Canada's new faster and fairer refugee system," Kenney said in a statement.

"Our new system provides protection more quickly to genuine refugees, while removing individuals whose claims are rejected from the country faster."

In order to be placed on the list, a country must meet statistical and objective criteria.

The combined rejection, withdrawal and abandonment rate of asylum claims at the Immigration and Refugee Board must be 75 per cent or higher, or 60 per cent of claims must have been withdrawn or abandoned.

In 2009, Mexico was the top source country for refugees to Canada, with over 9,000 claims. Only eight per cent were accepted, according to statistics from the IRB. Visa requirements were imposed that year to stem the flow of Mexicans arriving in Canada seeking refugee status.

Those requirements became a diplomatic irritant for Canada-Mexico relations, but they did appear to work -- statistics from the IRB for the first nine months of 2012 suggest it will be the first year Mexico doesn't make the top ten list of source countries.

"I think that there needs to be a deeper investigation when it comes to these countries," said NDP foreign affairs critic Paul Dewar.

"There is some deep concerns ... Canadians have in some recent reports from Mexico about certain regions of Mexico as being safe. So, again, this is a matter of detail. What are the facts to determine these assessments?"

"We would ultimately like to see visa-free travel with Mexico," he said at the time.

Alexis Pavlich, a spokeswoman for Kenney, said the government is watching to see the effect of the list.

"The government of Canada will closely monitor the impact of the DCO list on claims, and will continue to consider all established criteria before making any changes to its visa policy," Pavlich said in an email.

If a country meets the quantitative threshold to get on the list, officials also look at what rights and freedoms exist there, as well as whether there is access to impartial investigations, an independent judiciary and protection from the state.

The 2011 report on Mexico by Amnesty International noted there were more than 15,000 gang-related killings in the country that year.

There were also 1,163 complaints of abuses by the military and ongoing investigations into more than 100 complaints of unlawful killings by soldiers between 2008-2010.

The Canadian government's own travel advisory for Mexico notes the levels of violence, presence of organized crime, and frequent kidnappings.

While the government has stressed that refugee claims from the designated countries of origins will be assessed on the same merits as other countries, refugee groups have said prejudice is inevitable.

They have also raised concerns that the list is drawn up without consultation and appears to be controlled by the minister.

"You wonder if we're getting the facts," Dewar said. "If you don't have the facts, the assessments are questionable."

An Access to Information request by The Canadian Press for the report used to place Hungary on the original list was returned almost entirely redacted, under provisions of the act governing advice or recommendations to the minister.

Details of the report which were released say it was generated using a combination of publicly-available materials and classified information, as well as in consultation with other government departments.

A spokeswoman for Kenney says the government isn't committed to leaving Mexico on the list forever.

"Canada continues to monitor the situation with Mexico, and we want to reassure Mexican citizens that they continue to be welcomed and are encouraged to visit and experience Canada," Pavlich said.

The addition of Mexico to the list was raised by Baird as part of his discussions Thursday with his Mexican counterparts.

"I highlighted our government's recent efforts to facilitate legitimate trade and travel," Baird said in a statement, noting that 60 per cent of visitor visas now being issued to Mexicans allow them to come to Canada multiple times without having to re-apply.

The Mexican embassy in Ottawa released a statement expressing hope the announcement will end the visa requirement for its citizens.

"The Government of Mexico takes note of this decision as a significant step in the implementation of Canadian immigration reform and trusts that this decision will contribute to achieving mutually satisfactory conditions for the elimination in the very near future of the visa requirement for Mexican nationals," the statement said.