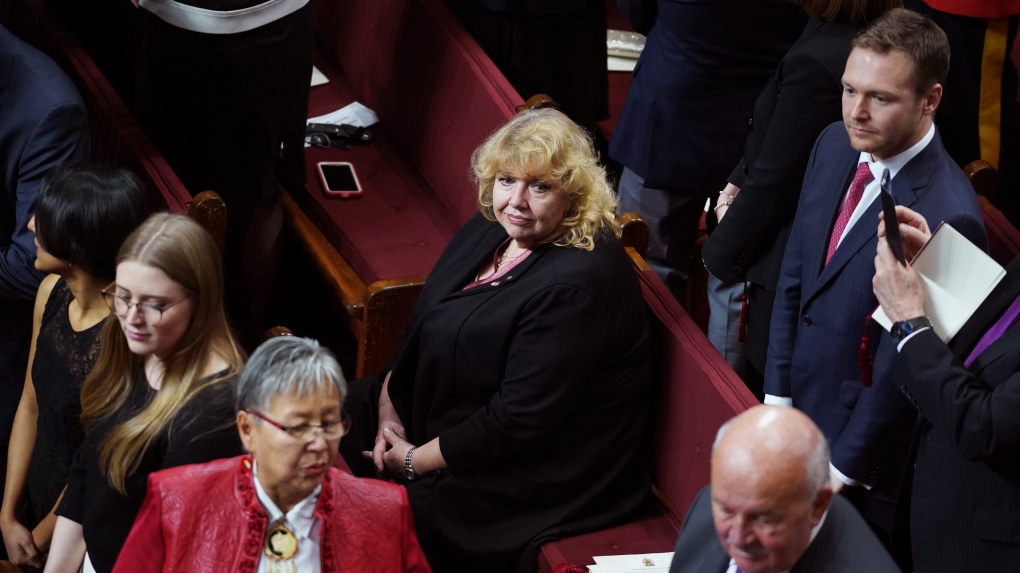 OTTAWA -- The Metis National Council says Sen. Lynn Beyak should consider resigning for reportedly claiming to be Metis because her parents adopted an Indigenous child.

He is sending a letter to the upper chamber today to demand an immediate apology from the Ontario senator, who has not responded to a request for comment on the issue.

The reported comments from Beyak were referenced in an appendix to a report from the Senate ethics committee, which last Friday recommended that Beyak be suspended again without pay over racist letters about Indigenous Peoples she had posted to her website.

The appendix detailed concerns from staff at the centre where Beyak took Indigenous cultural training sessions, as demanded by the Senate, who said Beyak identified herself as Metis and reasoned this was because her parents adopted an Indigenous child, who became her sister.

Chartrand says too many Metis people have suffered while fighting to have their separate and distinct Indigenous identity recognized and believes a statement like this from a Canadian senator inflicts further damage on the people of the Metis Nation.