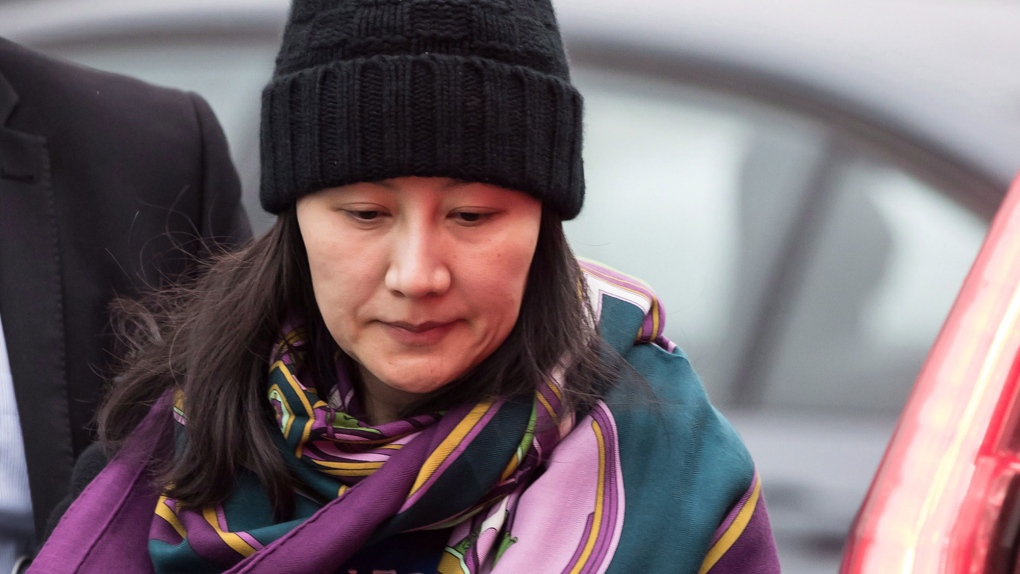 Huawei chief financial officer Meng Wanzhou, right, is escorted by a member of her private security detail while arriving at a parole office, in Vancouver, on Wednesday December 12, 2018. THE CANADIAN PRESS/Darryl Dyck

WASHINGTON -- Canada's former ambassador to China might have committed an irredeemable diplomatic gaffe when he publicly mused about Meng Wanzhou's chances of avoiding extradition to the United States, but that doesn't mean John McCallum was wrong in his assessment, legal and national security experts say.

Meng, Huawei's chief financial officer, is currently free on bail in Vancouver, accused of violating U.S. sanctions on Iran, facing fraud and conspiracy charges and awaiting extradition south of the border -- an outcome that's a long way from a slam dunk, McCallum suggested last month when he rattled off a list of grounds on which Meng could stand her ground.

McCallum lost his job over the blunder. But his list -- the spectre of political interference, the extraterritorial nature of the alleged crimes and the fact Canada is no longer in lockstep with the U.S. on Iran -- wasn't far off the mark, said Henry Chang, a Toronto-based immigration lawyer and specialist in cross-border issues.

"At least two out of the three arguments that John McCallum raised could theoretically be argued in support of Meng Wanzhou's release, either during her extradition hearing or in submissions to the minister of justice," Chang wrote in an analysis released Monday.

"He should never have commented on whether those arguments would ultimately be successful. In doing so, John McCallum created the perception that the extradition process could be affected by political influence."

A 13-count grand jury indictment accuses the company and Meng, the daughter of Huawei founder Ren Zhengfei, of misrepresenting their ownership of Hong Kong-based subsidiary Skycom between 2007 and 2017 in order to circumvent the sanctions. The company's U.S. branch is also accused of stealing trade secrets and equipment from cellphone provider T-Mobile USA.

On the question of possible political interference, Exhibit A came from President Donald Trump, who publicly contemplated intervening in the case in the interests of securing a better trade deal with China.

"Whatever's good for this country, I would do," Trump said in a Reuters interview less than two weeks after Meng's arrest. "If I think it's good for what will be certainly the largest trade deal ever made -- which is a very important thing -- what's good for national security -- I would certainly intervene if I thought it was necessary."

A Globe and Mail report Monday suggested that remark will figure prominently in Meng's defence strategy.

"Some of the comments by the executive of the United States we have to look at very closely in terms of how they impact the fairness of the Canadian extradition hearing and how easy it will be for Canada to adhere to the rule of law," Eric Gottardi, a member of her legal team, told the Globe.

"We're starting to get the sense that this isn't a run-of-the-mill prosecution."

Wesley Wark, a University of Ottawa professor and national security specialist, said the Meng indictment pales in comparison to other more detailed, damning extradition examples, including that of Su Bin, a Chinese national who was living in B.C. before pleading guilty in 2016 to his role in a conspiracy to steal valuable secrets from U.S. defence contractors, including aerospace giant Boeing.

"My view on this is unless the Americans come up with a lot more detail than what appears in the unsealed grand jury indictment, it doesn't rise to the level of a certified record of a case that's going to work in a Canadian court."

Ottawa is in the first week of a 30-day window to decide whether to authorize an extradition hearing. Justice Minister David Lametti has the power to deny such authorization if he concludes the U.S. charges are politically motivated, Chang said. If a hearing goes ahead, the judge could consider the political argument. And if the judge orders the extradition, it's back to Lametti to sign off -- unless Meng appeals.

Then there's the extraterritorial argument -- that the alleged crimes took place outside of U.S. jurisdiction. The Department of Justice says the alleged bank and wire fraud involved U.S.-dollar transactions that passed through the United States, exposing American banks to "civil or criminal penalties" for processing transactions that violate U.S. law.

Even if that proves too tenuous a connection, it wouldn't be grounds for preventing a hearing, Chang said. But Lametti "may refuse to issue a surrender order if (he) is satisfied that none of the conduct upon which the extradition request is based occurred in the territory over which the United States has jurisdiction."