Meet the four candidates vying to lead the NDP 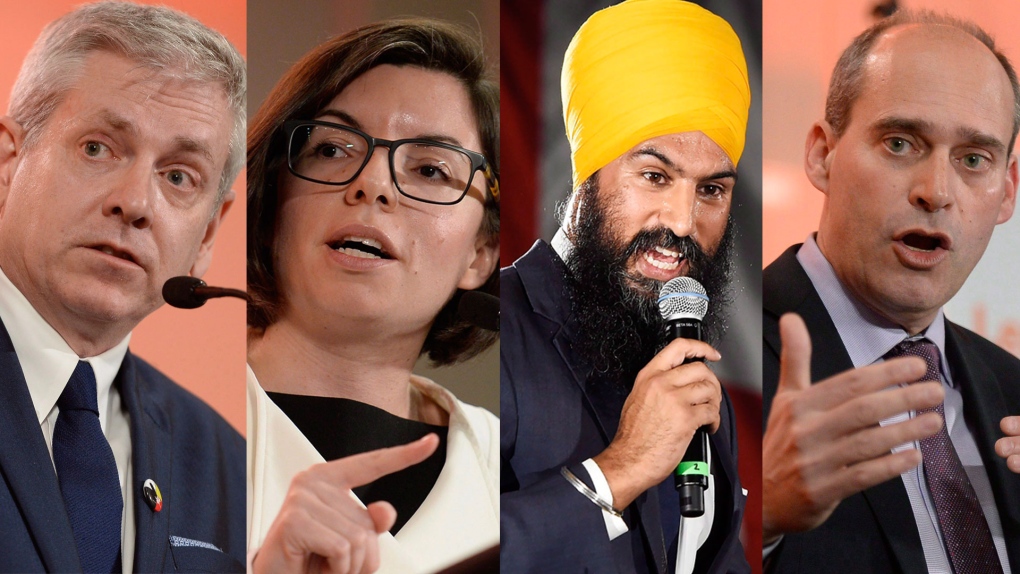 Party members start voting for their pick to replace Tom Mulcair on Sept. 18.

Here’s a rundown of each candidate, their political histories, policy platforms, and notable endorsements.

Scroll down or click here for a debate recap from the CTVNews.ca blog.

Rules of the race:

The first round of voting results will be announced on Oct. 1 in Toronto.

To win, a candidate has to receive more than 50 per cent of the vote. If no candidate has clinched the majority after this first round, the candidate with the least votes is dropped from the ballot and the rounds of voting continue until a winner is named. If required, the round two and round three voting announcements are scheduled for Montreal and Ottawa respectively.

The ballots are preferential, allowing voters to rank their leadership choices. Members can vote by mail-in ballot, or online. If voting online, members are able to change their vote in the week between each round.

There are 124,620 members eligible to vote in the leadership race. 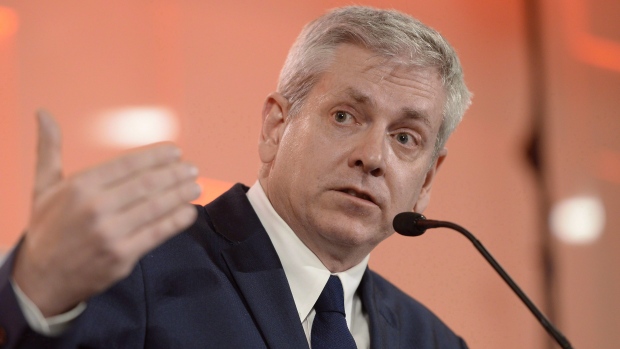 Fun facts: Angus is also a musician and has been known to pull his guitar out on the Hill. One of his songs, Four Horses, has nearly 19,000 views on YouTube.

Climate change and the environment: Angus says if he becomes prime minister he’d create a national carbon budget, which he defines as a legislated cap on national emissions; he would eliminate subsidies for the oil and gas sector; and would create a new Crown corporation focused on boosting sustainable development.

Economy and taxes: Among his plans to improve working conditions, wages, and employment, Angus says he’ll raise the federal minimum wage to $15 an hour. He also wants to harmonize federal and provincial regulations around co-ops, and go after corporate tax havens. He’s also promising to legislate a resale right for artists, and to make community benefit agreements a requirement urban development to receive federal funding.

Social issues and employment: Angus has a housing plan that includes addressing affordability by putting $1.1 billion a year into a National Low Income Housing Benefit, and commits to end homelessness in Canada. He also wants to expand parental benefits, and lower the hour requirement for employment insurance eligibility to 360 hours.

Indigenous affairs: Angus pledges to pursue accountability measures aimed at protecting Indigenous youth, including creating an Indigenous Children’s Ombudsperson; dismantling Indigenous and Northern Affairs Canada; putting pressure on Justice Canada to comply with Indigenous rights; and making all documents related to federal delivery of services like health and education are made public. 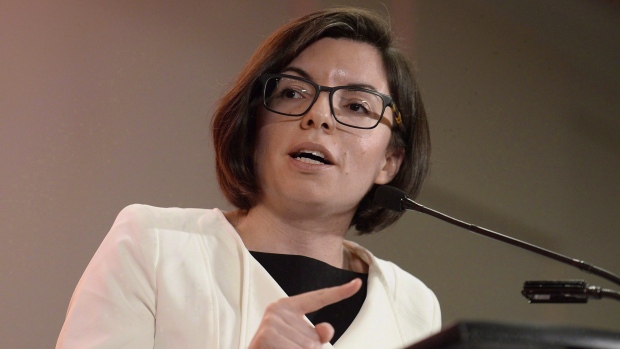 Political history: MP for Churchill-Keewatinook Aski, Man., and MP for the area since 2008. She also ran for the party’s leadership in 2012.

Fun facts: Greek is her first language, but she is also fluent in English, French and Spanish. Ashton is expecting twins in early November.

Climate change and the environment: Ashton opposes Kinder Morgan. She pledges to reduce greenhouse gas emissions to 30 per cent below 2005 levels by 2025; create resource advisory boards; and set up a national retrofit strategy. Ashton also promises to clean up cloud storage facilities, and fund open-source research into pollution-fighting technology.

Economy and taxes: Ashton wants to introduce a “Robin Hood tax” that would put a 0.5 per cent tax on stock purchases; and wants to introduce two new tax brackets to increase taxes for the top 5 per cent and one per cent of earners. She also promises to reject unfair trade deals; tax estate wealth transfers; and expand the Canada Pension Plan.

Social issues and employment: Funding a national action plan for gender violence at the cost of $500-million is among a broad range of social policies Ashton is campaigning on. She has a host of justice reforms she’d like to make happen, including mandating racial justice training for police. As well, she’d make tuition for postsecondary education free, and make sign language available at all federal government offices. 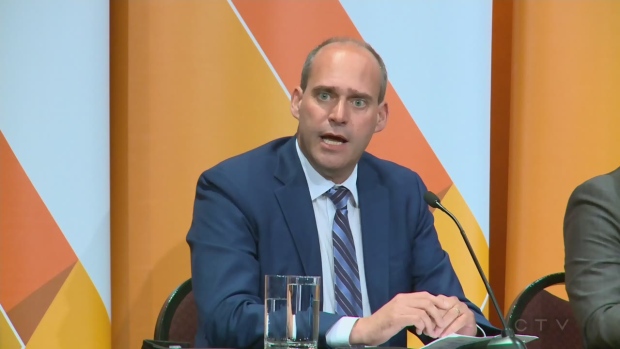 Fun facts: Caron ran unsuccessfully for the riding he currently holds three times, in 2004, 2006, and 2008, before being elected. He has a master’s degree in economics.

Climate change and the environment: Caron pledges to spend $10-billion over 10 years on electric high speed rail for both passenger and freight use; annually, he would gradually increase the price of carbon; overhaul the National Energy Board; and create a new category of refugees for climate change migrants.

Economy and taxes: Leading an overhaul of the tax system is on Caron’s agenda. It would include a one per cent tax on the net worth of the wealthiest 10 per cent, and eliminating the CEO stock option loophole. Caron pledges to establish a taxable basic income supplement, and create a Tax Crimes Division within Justice Canada.

Social issues and employment: Caron plans to put $90-billion over 10 years into large-scale infrastructure projects to create jobs and transition the economy. He also promises a federal $15-an-hour minimum wage and paid sick leave; and an update of the Canada Labour Code that would include replacing the current eight-hour workday with a seven-hour workday.

Quebec’s role within the party: A vision for how to prioritize Quebec in 2019, which includes recommending that the party commit to apply Quebec’s Charter of the French Language to businesses under federal jurisdiction in the province. Caron says he’d also hire targeted Quebec organizers for the campaign. 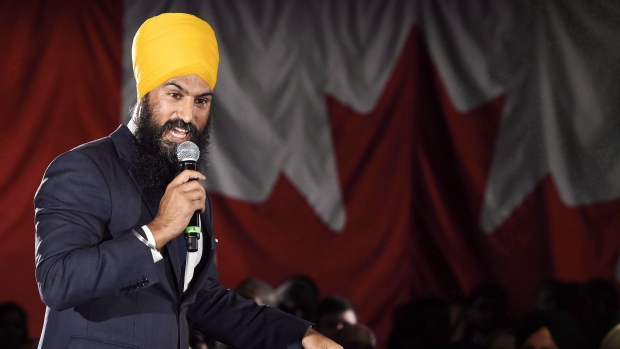 Fun facts: Prior to entering the federal race Singh was the NDP provincial deputy leader and held a few critic roles, including for the anti-racism directorate. In a feature story, GQ magazine reported Singh gets his suits custom designed.

Climate change and the environment: Singh pledges to reduce carbon emissions by 30 per cent by 2025. He would adopt a national public transit strategy, and wants to help provinces phase out coal by 2030. He promises to establish a Climate Change Action Officer; opposes Kinder Morgan expansion and Energy East pipelines; and promises to fully consult indigenous communities.

Economy and taxes: Introducing two new tax brackets for high-income earners is one of the biggest pieces of Singh’s tax reform plans. He wants to see Canadians earning $350,000 a year taxed two per cent higher, and those making $500,000 taxed four per cent higher than current rates. As well he pledges to end corporate tax write-offs for box seat tickets and expensive meals.

Social issues and employment: Singh is proposing an income security agenda that includes basic income structures for seniors and Canadians with disabilities, as well as a wage subsidy for workers. He says he would implement a $15-per hour minimum wage; require federally-regulated employers pay interns; and pledges to reinstate the Fair Wages and Hours of Labour Act that was repealed by the federal Conservatives in 2014.

LGBTQ rights: Singh is promising to change federal documentation to include a non-binary gender option; wants to update the census to include more LGBTQ questions; would create a LGBTQ youth housing initiative; and end the blood ban that prohibits men who have sex with men from donating.

Below is our live blog for the Sept. 10 leadership debate.