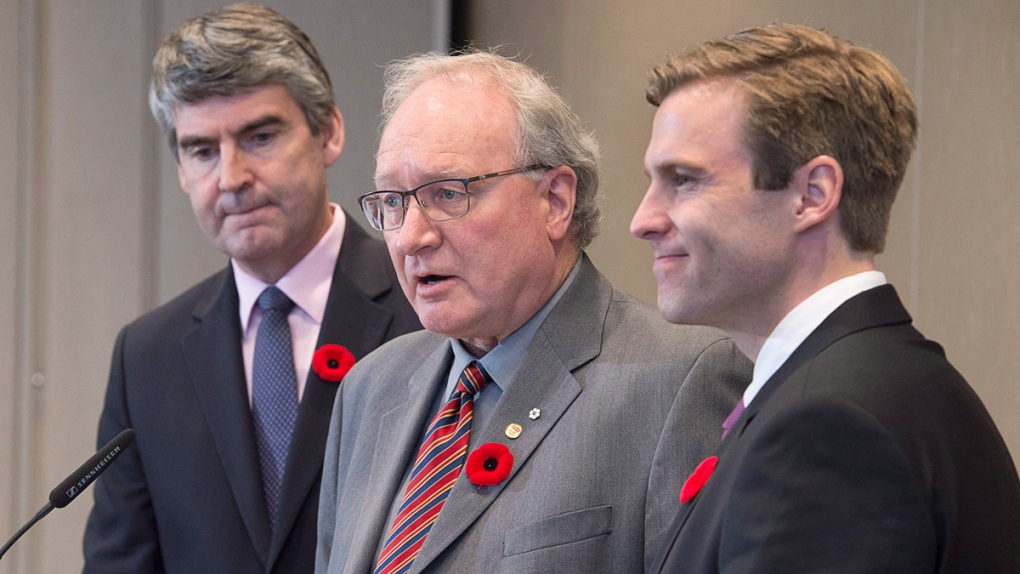 CHARLOTTETOWN -- The three Maritime premiers say they want their provinces to work more closely together as a region and they expect to foster better relations with the federal government.

The premiers wrapped up a one-day meeting Friday in Charlottetown by announcing a strengthened Maritime partnership on regulatory reform.

In March, New Brunswick and Nova Scotia announced the creation of an office to reduce red tape for businesses and citizens, and now Prince Edward Island is joining in.

"It's our goal to make sure there is a level of consistency so that we streamline the reporting mechanism, that we make sure that the things that we're asking for are things that we require and need, and anything that is unnecessary we will be removing," said Nova Scotia Premier Stephen McNeil.

"We want the most progressive regulatory environment in Canada."

The premiers say the three provinces will adopt a common approach to procurement.

They are also adopting a common date each year for any changes to the minimum wage.

The three provinces don't have a common minimum wage, but McNeil said that could happen.

"In terms of a common minimum wage, that's something we could potentially could look for as we go forward. I think there's other opportunities when it comes to not only the minimum wage -- taxation, looking at common taxation in the region," he said.

The premiers say they will adopt a so-called premiers' charter that outlines a shared vision for regulation.

New Brunswick Premier Brian Gallant said many companies have operations throughout the Maritimes and it only makes sense to help them grow in the region.

The meeting was the premiers' fifth since May.

"The closest parallel might be the partnership that is known as the New West Partnership among Saskatchewan, Alberta and British Columbia. We are very close to following what is taking place through those initiatives," he said.

The three Liberal premiers say now that there is a Liberal government in Ottawa, they expect a strong partnership and look forward to meeting with Prime Minister Justin Trudeau and key ministers in the near future.

MacNeil said he's particularly interested in discussions on infrastructure, the health accord and initiatives to increase the populations of the Maritime provinces.

The Liberals captured all 32 federal seats in the House of Commons for Atlantic Canada.