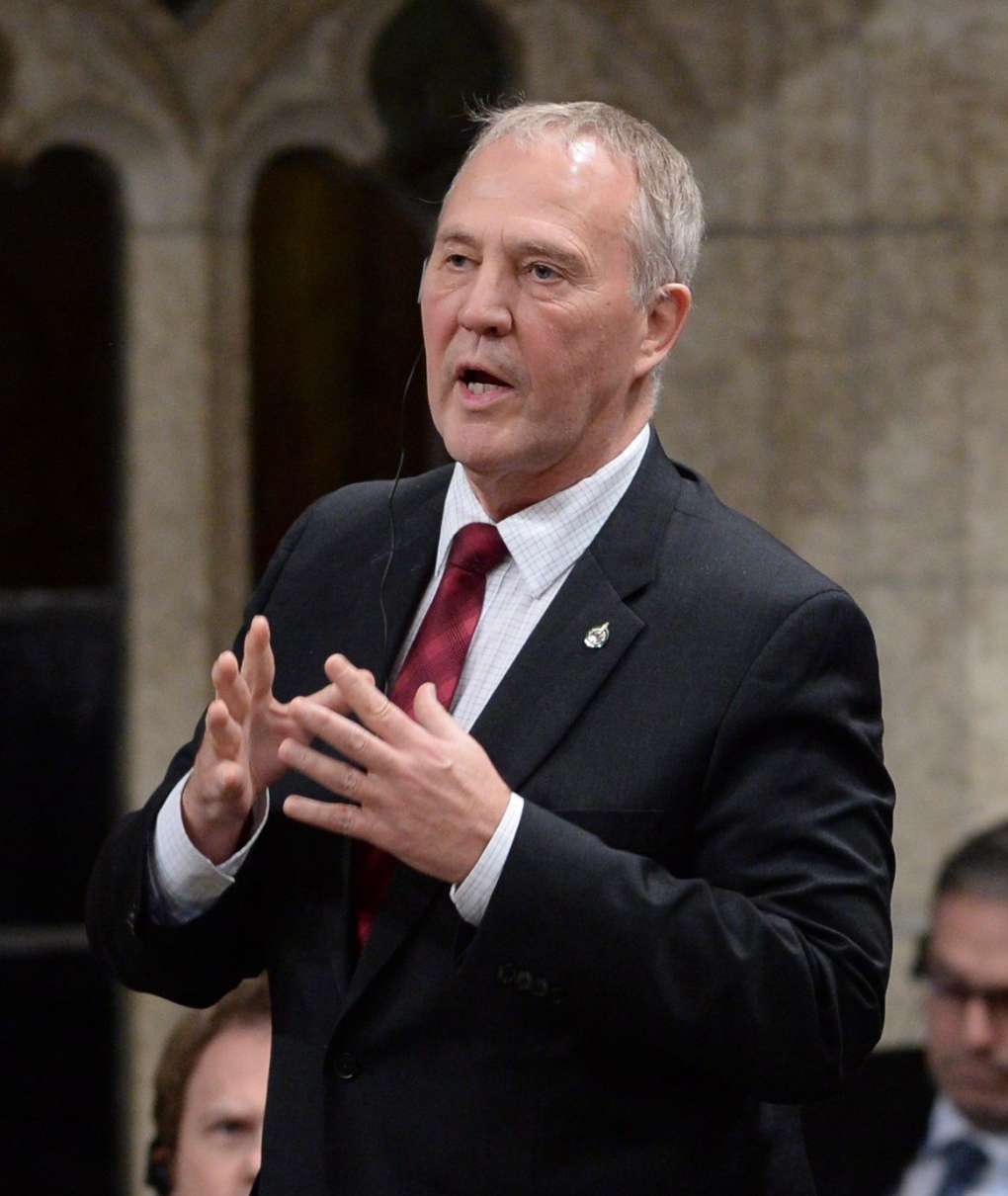 Liberal MP Bill Blair responds to a question during question period in the House of Commons on Parliament Hill in Ottawa on Wednesday, Feb. 17, 2016. (THE CANADIAN PRESS/Sean Kilpatrick)

OTTAWA -- Criminal Code provisions on marijuana must be upheld and enforced even as the government considers a legalized regime, says former Toronto police chief and Liberal MP Bill Blair.

Blair who has been tapped by the Trudeau government as the pot frontman, was among a group who spoke at an open Senate Liberal caucus meeting Wednesday focused on the legalization of marijuana.

Earlier this month, members of the police community -- which Blair belonged to before starting his political career -- said the discussion surrounding legalization had created confusion, especially for front line enforcement officers.

Blair, parliamentary secretary to the Justice minister, seemed to make a concerted effort to nip that in the bud on Wednesday.

Laws remain on the books, he said.

"The laws that currently exist, exist in this country and we are a ... nation of laws," Blair said. "Quite frankly, until those laws are repealed by Parliament through the appropriate processes, they should be upheld, they should be obeyed."

Criminal sanctions should be eventually be replaced by a regulatory framework, Blair added.

The Liberal government has been under fire from critics, including outspoken marijuana activists like Jodie Emery, on the need to explore amnesty for those facing simple possession charges.

Sen. Jim Munson also raised the issue Wednesday, saying the government's timing on legalization gives him pause, considering the Senate studied and recommended it some 14 years ago.

"In the interim, as everybody works on these issues, is that a possibility -- that amnesty could be granted during this four-year term?" Munson asked.

Blair did not answer the question directly.

"We are going to take the time to do it right. ... This is a complex issue," Blair said. "In order to get this right, the government is undertaking a number of initial steps."

The first step will be establishing a provincial, territorial and federal task force to hear from public health, substance abuse and public safety experts.

The details of the task force should be announced in the coming weeks, Blair said.

"That could have been done immediately, make sure nobody gets a criminal record because there are people being arrested now for simple possession," he said outside the Commons. "So, let's get it done."

Blair may be driving home a message about unchanged laws but public perception certainly has shifted, Mulcair added.

"I think that we owe it to ourselves to be clear on this," he said. "You can remove that criminal restriction right away."

Clive Weighill, president of the Canadian Association of Chiefs of Police, also addressed the Senate Liberal caucus on Wednesday.

Almost all of the chiefs understand legalization is coming and can offer meaningful suggestions on how to proceed, Weighill said following the forum.

But he warned current expectations stretch beyond what can be achieved now.

"I've been very public about this," he said. "I think the expectations are far outreaching the capability of the government to reach a conclusion on this ... for us to have a crystal ball and say what the regulations are going to be in the future leaves us in a real grey area, so we have to rely on what we have for the laws right now."

Tom Stamatakis, president of the Canadian Police Association, welcomed Blair's remarks on the Criminal Code provisions that remain in effect.

"Front line police want to be constructive partners in modernizing Canada's marijuana laws, but our members are the ones who are put in difficult positions when mixed messages are sent regarding the enforceability of current laws," he said in a statement.