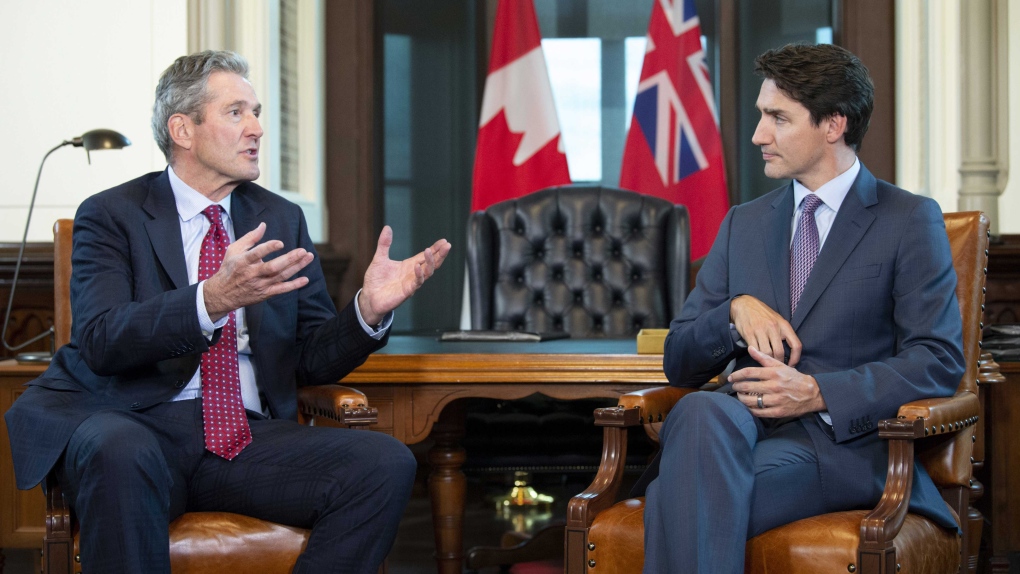 WINNIPEG -- Manitoba Premier Brian Pallister is hinting at a potential breakthrough with the federal government on a carbon tax.

Pallister says federal and provincial senior officials have been in consistent contact over the last few weeks.

He says the province is willing to talk about a new price, and he's waiting to see what the federal position is in the near future.

Pallister's Progressive Conservative government originally planned a $25-per-tonne carbon tax, but the federal government said that was not high enough and implemented its own in Manitoba and three other provinces.

Pallister says he is arguing for any carbon tax to be flat, unlike the federal one which is set to rise each year until 2022.

Pallister was coy when asked whether Manitobans will see a new carbon price in the upcoming provincial budget -- saying they might, but that speculating on the contents of a budget would be wrong.