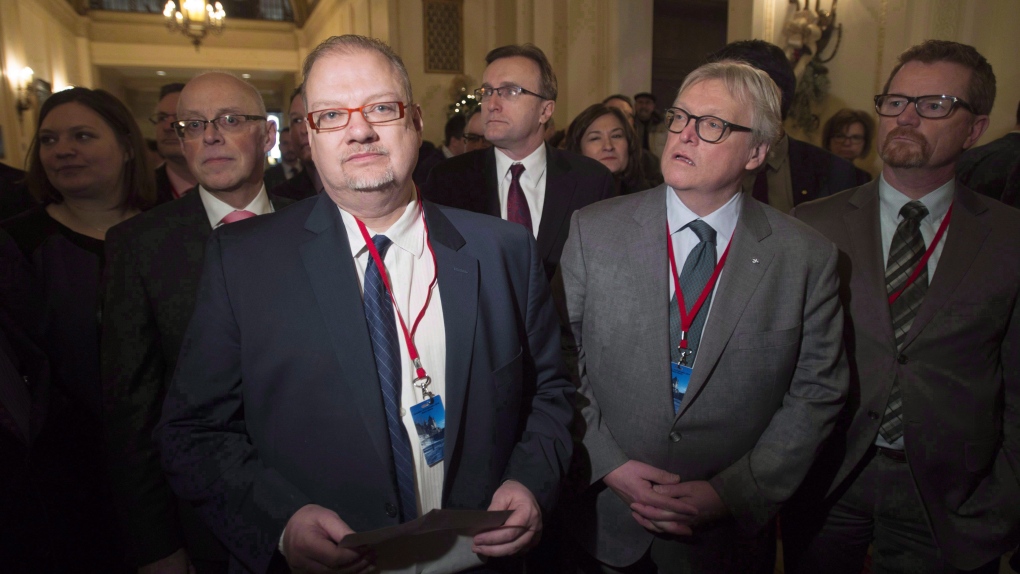 WINNIPEG -- Manitoba's Progressive Conservative government ended its status as the lone holdout among the provinces when it signed a health-care funding agreement with Ottawa on Monday.

The governments have signed a deal in which the province will receive an extra $400 million over the next 10 years for specific areas such as home care, mental-health services and addictions treatment.

The money is the province's share of an $11-billion, 10-year proposal developed by the federal government last fall.

Other provinces signed on in the ensuing months, but Manitoba held out and said overall federal health funding was not keeping up with demand.

The holdout appears to have won the province a bonus -- a one-time, $5-million federal payment this fiscal year to combat kidney disease and address the growing use of opioids.

Manitoba Health Minister Kelvin Goertzen said the new money is welcome, but the province is still upset about the overall growth in federal transfer payments for health care.

"We will continue to stand up for the people of Manitoba by pressing the federal government to negotiate a real health accord with all provinces and territories that actually secures a strong, safe and sustainable health-care system for all Canadians," Goertzen said in a written statement.

Under a previous 13-year arrangement that expired last year, the provinces saw health transfers grow by six per cent annually.

The increase will now be closer to three per cent. Goertzen said the difference will cost Manitoba $2.25 billion over 10 years.

Now that all 10 provinces and three territories have signed on to the health-funding agreement, the federal government will work to develop a way to assess the effectiveness of how the mental-health and home-care money is spent, according to federal Health Minister Jane Philpott.