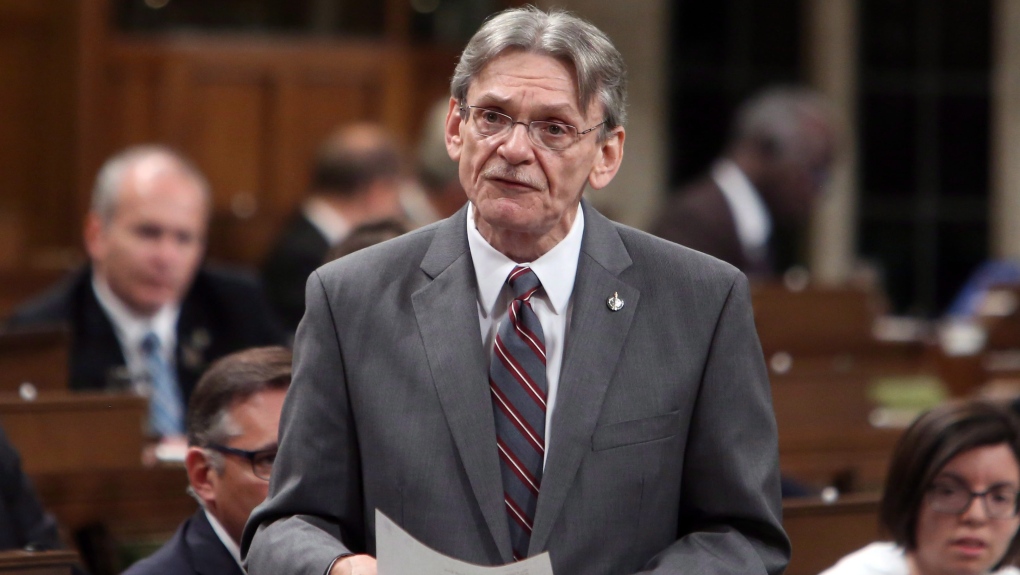 OTTAWA -- Veteran NDP MP David Christopherson says he will not seek re-election next year after more than three decades of public life.

The longtime Hamilton Centre MP announced his decision Thursday on his website and on Twitter, sparking praise and well wishes from New Democrats and local residents who congratulated him on his retirement.

Christopherson's pending departure, however, represents a potential blow to the federal NDP, which has seen several MPs leave caucus in recent months.

They include former leader Tom Mulcair and B.C. MP Kennedy Stewart, who is running to be mayor of Vancouver, as well as Erin Weir, who was expelled from caucus in May after an investigation found evidence to support several complaints of harassment.

Christopherson was first elected to the House of Commons in 2004 after serving as a local city councillor and later as a minister in Bob Rae's Ontario NDP government, part of the 13 years he spent representing his Hamilton riding as a member of the provincial legislature.

He has served as federal deputy NDP leader since 2012.

"After more than 30 years as an elected representative for the people of Hamilton at the municipal, provincial and federal level, I have made the decision to not seek a sixth term as member of Parliament," he wrote.

"I plan to step away from public life when my current term expires in October 2019."

While Christopherson's announcement did not specifically say why he was leaving, it does come only a few months after federal NDP Leader Jagmeet Singh punished him for breaking with the party and voting his conscience on a Conservative motion.

The motion condemned the Liberal government's new policy forcing groups that apply for funding under the Canada Summer Jobs program to affirm, among other things, their respect for a woman's right to an abortion.

While a longtime supporter of a woman's right to choose, Christopherson said he couldn't support what he considered an unconstitutional policy that requires churches and other religious groups to disavow their beliefs in order to qualify for funding.

The NDP leader nonetheless removed Christopherson as vice-chair of the powerful procedures and House affairs committee -- a move criticized by caucus members, some of whom took the unusual step of complaining in public before Singh reinstated him.

Singh was among those who took to Twitter on Thursday to praise the longtime MP, writing: "For 33 years, David Christopherson has served the people of Hamilton with unmatched integrity.

"David dedicated his career to the idea that governments belong to the people."

After 30+ years in elected office, and the last 14 as MP, I will not be seeking
re-election in 2019 and plan to step away from public life at the end of this
term. Many thanks to my family, staff and supporters. My full statement: https://t.co/cVQRMdgwnP