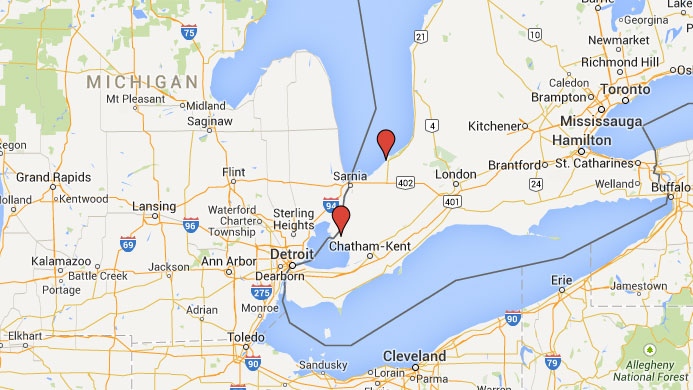 On Tuesday, Martin announced results from a four-year literacy program at Walpole Island and Kettle and Stony Point First Nations in Ontario that showed students were well behind provincial reading and writing standards when the study began in 2010.

But by 2014, reading and writing levels of Grade 3 and Grade 6 students were near, and sometimes exceeded, provincial standards.

Martin said he was "taken aback with joy" at the findings.

"What we would very much hope is that the example that was set here will be taken across the country," Martin said told a news conference in Toronto.

The program was funded without government money, Martin said, and led by several organizations, including the former prime minister's own organization that aims to improve education for aboriginal children in elementary and secondary schools.

Julia O'Sullivan, dean of the Ontario Institute for Studies in Education at the University of Toronto, designed the program.

Sullivan said the program started with showing teachers how to properly instruct reading and writing. The schools implemented a mandatory reading and writing period -- the first 90 minutes of each day -- for every student in each school.

There were nearly 500 students from kindergarten to Grade 6 in the program. The students took standardized provincial testing as a way to measure progress.

Kettle and Stony Point First Nation chief Thomas Bressette said the problem is one of resources.

"There needs to be a period of catch-up time because our people have been looked down on and set back because of underfunding, not because we're ignorant and we're dumb and uneducated and incapable of learning, but because of the circumstances," Bressette said.

Steve Styers, the principal for Walpole Island Elementary School, said he has seen a dramatic change in his students, who are reading library books at a record clip.

Despite the program ending, Styers said "it's not an option to go backwards and that expertise is there now."

Martin said the program cost about $1.5 million over four years, which would decrease significantly per school if it were rolled out widely.

The question of cost riled Martin, who launched into a speech about the challenges of First Nations.

"Teachers on reserves should not be underpaid compared to teachers in the rest of the country - that makes no sense," Martin said to a rousing applause.