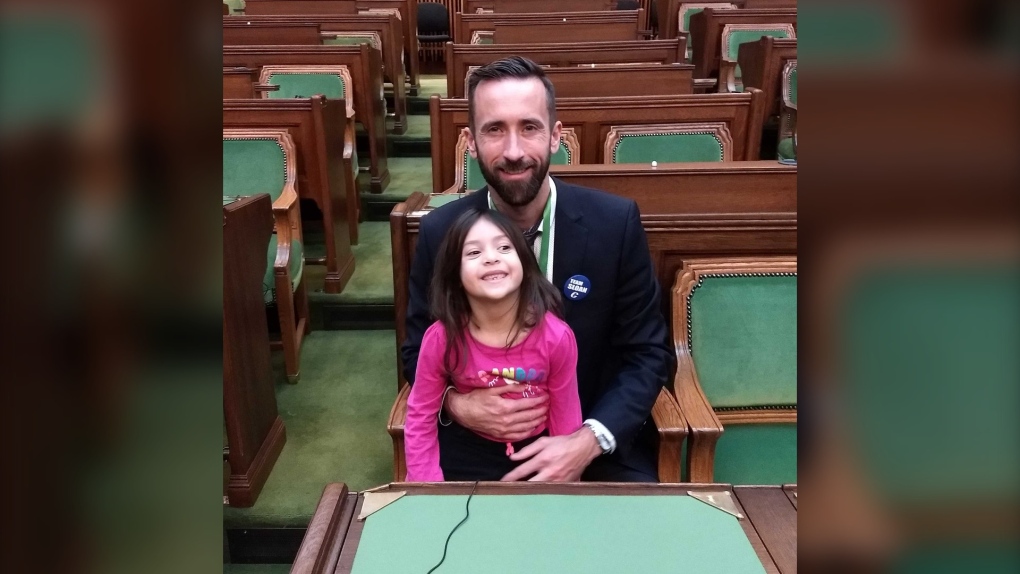 OTTAWA -- A rookie Ontario MP said Wednesday he intends to make a run for the leadership of the Conservative party, joining a roster whose lack of a candidate from the West has an Alberta-based businessman planning a bid as well.

Both Derek Sloan and Rick Peterson said Wednesday they think their party, and the race, need a shake-up.

Sloan only just made the jump from the private sector into politics this past fall, winning the Liberal-held riding of Hastings-Lennox and Addington, but announced Wednesday he's aiming higher.

The party needs to broaden its focus beyond economics and start tackling bigger issues like affordable housing and poverty, he said.

"There are a lot of concerns in Canada right now," he said in a statement. "I am concerned with the current mix of candidates, we are not going to get a full, big, bold, Conservative policy."

Peterson is less of a newcomer to the leadership process, having finished 12th in the 2017 campaign that was won by Andrew Scheer.

Scheer, however, has announced he'll resign upon the election of his replacement, kickstarting a leadership campaign that's to end June 27.

Peterson said the party's landscape has changed since the last leadership vote.

"We are getting a feeling from our calls that people want ideas, they want policy," he said Wednesday.

"The membership is very focused this time around on what you can bring instead of who you know."

Peterson moved from B.C. to Alberta after the 2017 leadership election. He'd wanted to run as a Conservative candidate in last federal election, but failed to win the party's nomination in his chosen riding -- the past political home of former interim party leader Rona Ambrose.

He said he'd intended to support Ambrose in this leadership race, but given she's yet to announce her intentions and a looming registration deadline, decided to start pulling together his own campaign.

Another would-be Conservative MP, Bobby Singh, has also declared he intends to run. He carried the banner for the Conservatives in a Toronto-area riding in the 2019 campaign, losing to the Liberals.

In launching his campaign, Singh called for a different way of doing Conservative politics.

"As we enter a new decade, our party needs a fresh and revitalized approach," he said in a post to Facebook.

"The old ways of doing things -- winning elections through fear, by sowing division, hatred, and isolation -- must not be supported."

Including Singh, Sloan and Peterson, there are now six declared candidates for leadership, with Peterson the only one living west of Ontario. Pierre Poilievre and Erin O'Toole, two presumed contenders, represent Ontario ridings, though Poilievre grew up in Alberta.

The West needs to have a candidate in the race, Peterson said.

"The Conservative Party of Canada -- its grassroots are in the west," he said.

To register as a candidate for the leadership contest, applicants must pay a $200,000 non-refundable fee, a $100,000 refundable compliance deposit and gather signatures from 3,000 party members.

The first 1,000 of those signatures must come from people in 30 differing ridings across seven provinces or territories, and be submitted to the party, along with $25,000 of the fee, by Feb. 27.

The remaining requirements must be met by March 25.

Rookie Conservative MP enters the #CPCLdr race, saying "We are going to big, bold, and we’re not going to be ashamed to be Conservative." #cdnpoli https://t.co/rgGOrOm0pc