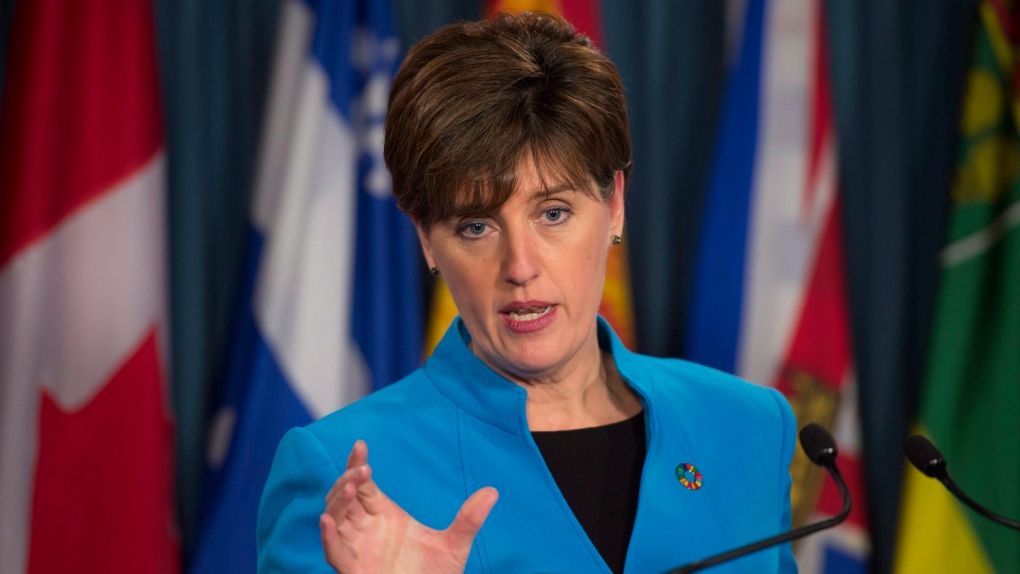 OTTAWA -- The federal Liberals are providing $25 million to a UN relief agency for Palestinian refugees that was cut off by the previous Conservative government for alleged ties to Hamas.

International Development Minister Marie-Claude Bibeau made the announcement at a news conference and also during question period in the House of Commons -- news that was greeted by cries of "shame" from the opposition benches.

The United Nations Relief and Works Agency for Palestine Refugees, also known as UNRWA, lost federal funding in 2010 amid allegations it was tied too closely to a group Canada considers a terrorist group.

An additional $5 million is being provided in response to the agency's appeal for help for those impacted by the crisis in Syria and its environs.

The government says the money will be accompanied by "enhanced due diligence," including a "very robust oversight and reporting framework" that includes regular site visits and anti-terrorism provisions.

"Millions of Palestinian refugees across the Middle East have the right to receive basic services such as health care and to send their children to school," Bibeau said in a statement.

"We want to see Palestinian refugee children in classrooms where they can learn universal values of tolerance and respect. Vulnerable Palestinians deserve all the opportunities they can to contribute positively to their communities and Canada's funding will help to better the lives of millions of refugees."

The Conservatives continued funding emergency programs after cutting off UNRWA, but that money later dried up as well. Some of the aid was redirected to the Palestinian Authority and the Conservatives did continue with other direct funding pledges to the authority.