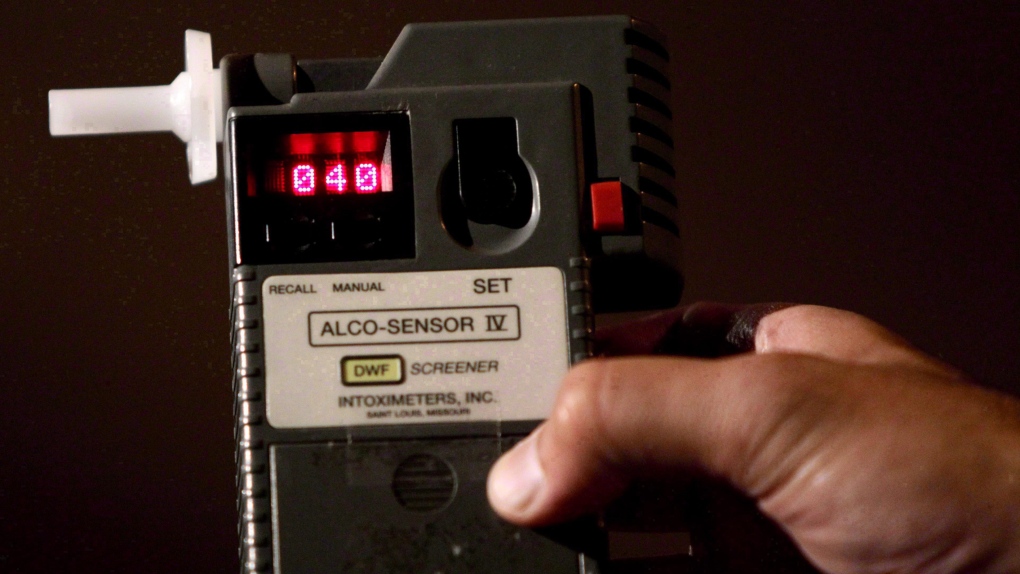 An RCMP Constable holds a breathalyzer test in Surrey, B.C., in this September 24, 2010 photo. (THE CANADIAN PRESS/Darryl Dyck)

The Liberal government is rejecting two key amendments the Senate has made to its impaired driving bill.

Known as Bill C-46, the legislation is meant to accompany Bill C-45, which will legalize recreational marijuana in Canada.

Bill C-46, as it was introduced, changes impaired driving laws to give police new powers to conduct roadside intoxication tests, including oral fluid drug tests, and would make it illegal to drive within two hours of being over the legal limit.

However, the Senate amended Bill C-46 to remove the provision that allowed police to conduct random roadside alcohol tests. The Senate also sought to legally downgrade impaired driving offences so that they are not classified as “serious criminality” in order to protect foreign nationals and permanent residents from losing their statuses or becoming inadmissible to Canada after such a conviction.

The amended version of the bill was passed by the Senate at third reading last week.

On Monday, the government gave notice of its position on the Senate changes, stating that it “respectfully disagrees” with the changes.

However, in the motion the government indicates it is willing to accept a handful of other Senate amendments.

In the case of rejecting the random roadside stops, in the motion Justice Minister Jody Wilson-Raybould states the federal opposition is “because mandatory alcohol screening is a proven traffic safety measure that will deter impaired driving and save lives.”

The government is opposing the amendment regarding criminality, because it “indirectly amends the immigration legal framework through a criminal law statute and would treat impaired driving offences differently from other serious criminal offences, including other transportation offences.”

On Monday, House Leader Bardish Chagger said that she hopes to have the government’s version of Bill C-46 adopted by the end of the week.

The government has yet to bring forward this motion in the House. Once it does, it’s expected there will be a debate and vote to send the message back to the Senate.