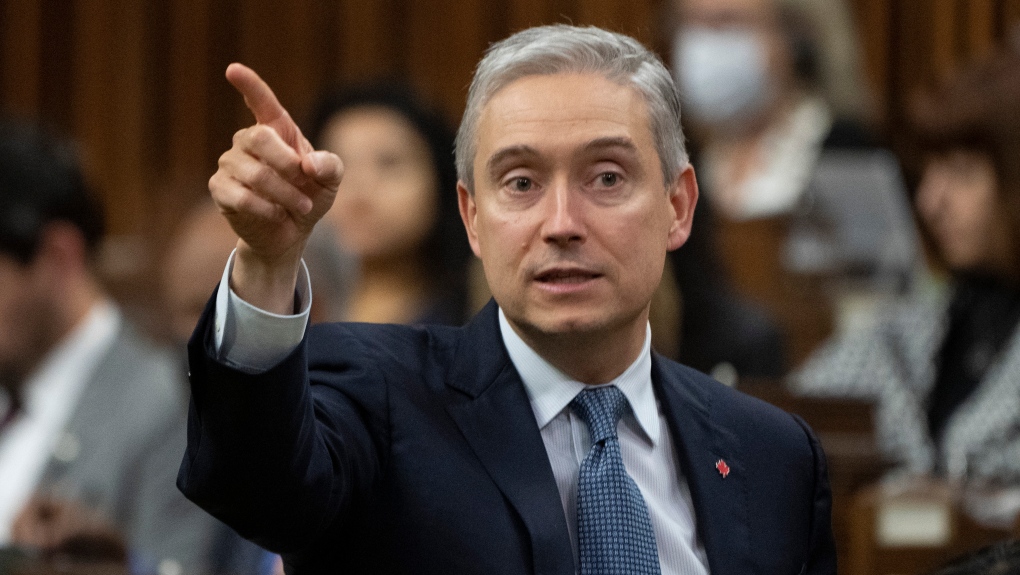 Proposed amendments to the Investment Canada Act would require foreign investors to notify the federal government about investments in certain business sectors.

Sectors will be identified through regulation following the passing of the bill, said a government official in a technical briefing.

In a news conference, Champagne provided insight on what sectors will be subject to the pre-notification requirement.

"You can rest assured it's going to include critical minerals, sensitive technologies and anything about personal data," Champagne said.

The minister said geopolitics have "vastly changed" in recent years and that Canada needs to address the challenges facing its economic and national security.

"To protect Canadian interests, to secure our resources, and to keep Canadians safe, we are doing the most significant update of the law in more than a decade," he said.

The changes would give the industry minister the authority to impose interim conditions on an investment and, after consultation with the public safety minister, to order a further national security review of an investment.

With the agreement of the public safety minister, the industry minister would also be able to accept binding undertakings from investors.

Other changes include stronger penalties for non-compliance and allowing Canada to share case-specific information with international counterparts.

There will also be new rules protecting sensitive information during judicial reviews.

He was also told to use all tools, including the Investment Canada Act, to ensure the protection and development of Canada's critical minerals.

Canada sees critical mineral exploration, extraction, processing and manufacturing as key to becoming a global leader in the production of batteries and other clean technologies.

In October, the government announced plans to restrict the involvement of foreign state-owned companies in Canada's critical minerals sector amid a global rush for the resources and growing tensions with China.

This report by The Canadian Press was first published Dec. 7, 2022.