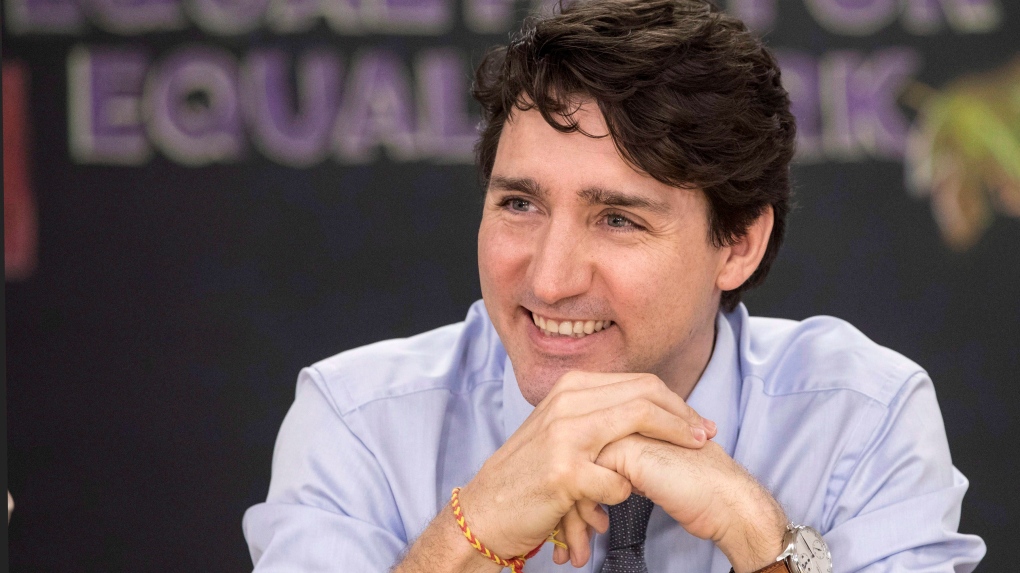 OTTAWA -- The federal Liberals are on a promotional blitz to tout a key promise in their latest federal budget aimed at one day providing extra benefits to the working poor.

The Liberals are keen to promote the changes and the extra $1 billion in annual spending for one of the few federal benefit programs that targets singles and families by subsidizing their wages with a tax credit.

Wednesday saw Liberals promote the benefit on social media and elsewhere: Prime Minister Justin Trudeau spoke about it in Toronto, as did Social Development Minister Jean-Yves Duclos earlier in Montreal.

The Liberals, though, face the same struggle as the previous Conservative government in selling the merits of a program that has cross-party support: It isn't all that simple to explain.

"It's probably, in my view, the most important item in this year's budget," said Sean Speer, a one-time economic adviser to former prime minister Stephen Harper.

But "because of the complexity of its design, it will go unfortunately go largely unnoticed by the general public and that's too bad."

The Liberals are rebranding a Harper-era program as the Canada Workers Benefit, adding $170 to the maximum payment and extending eligibility higher up the income scale to provide more money to more low-income workers -- addressing two key concerns about the program unearthed during a federal poverty study in six communities last year.

"We listened closely to advice from anti-poverty activists, front-line workers and, of course, the lived experiences of Canadians themselves," Trudeau said Wednesday about the changes to the program. He said the revamped program "creates opportunities and incentives, and rewards people for staying and getting into the workforce."

The bump in benefit payments won't come until 2020.

Federal officials estimate the extra program spending will lift about 70,000 people above the poverty line based on the "market basket measure," which calculates low income based on a household's ability to afford a basket of goods needed to maintain a decent standard of living. Recent census data suggests almost 4.4 million Canadians are considered low-income based on this measure, about one-quarter of whom are under age 18.

Tammy Schirle, an economics professor at Wilfrid Laurier University, said the improvements to the program, while positive, were much more modest than many experts would like to have seen.

She said the benefit targets the main earners in a family considered "working poor" and does less for secondary earners who are generally women. If the Liberals want the program to support more women getting into the labour force, the government would need to structure the benefit based on individual rather than family income, Schirle said.

"That makes it a much more expensive program, of course. Whether or not there's political support for that I'm not sure," she said.

The program is also likely to become more expensive in the future with the rise of the "gig" economy and a rapidly aging workforce, said economist Armine Yalnizyan.

The financial strain is expected to come from aging workers who will increasingly step away from the labour force for health reasons, young workers taking longer to transition fully into the workforce and increasing reliance on multiple, short-term contract jobs instead of long-term, full-time employment, she said.

Speer said Canadians should back any increase in spending on the program: "That's a damn good investment in my books if it keeps people attached to the labour force."

A key change to the program will allow the Canada Revenue Agency to automatically enrol someone for the benefit, eliminating the need for tax filers to check the right box on their return and reaching about 300,000 more workers.

And the Liberals are not done with the program: Trudeau said the government will look at how to provide benefits throughout the year instead of annually with tax returns.

Such a change would address a key critique from experts and those who live in poverty, that one-time payments don't help smooth over monthly variations in income.