Liberals continue filibuster over WE affair at Commons finance committee 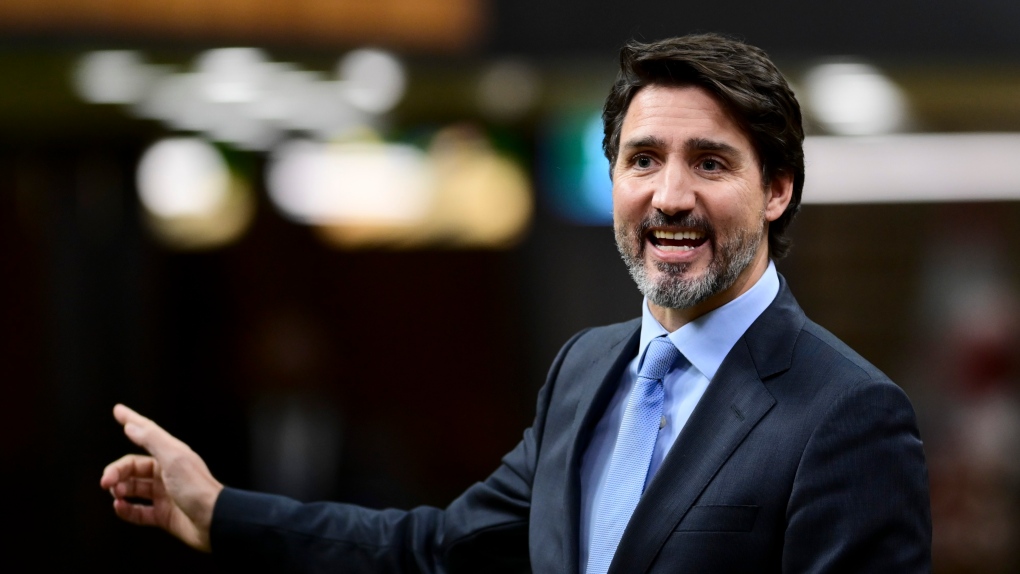 Prime Minister Justin Trudeau responds to a question during question period in the House of Commons on Parliament Hill in Ottawa on Tuesday, Oct. 27, 2020. THE CANADIAN PRESS/Sean Kilpatrick

OTTAWA -- The House of Commons finance committee -- which could be holding consultations on an upcoming federal budget that is expected to contain historic deficits and unprecedented spending to deal with the COVID-19 pandemic -- continues to be stuck on the WE Charity affair.

Liberal members of the committee have resumed their filibuster of a Conservative motion that calls on the Speaker of the Commons to rule that redactions made to more than 5,000 pages of government documents on the WE affair amount to a breach of the committee's privileges.

The committee had ordered that the documents be released, without any redactions, to the parliamentary law clerk, who would then decide what information needed to be blacked out to protect personal privacy or cabinet confidences.

Instead, senior public servants blacked out some information before releasing the documents to the committee.

The country's top public servant, Privy Council clerk Ian Shugart, wrote to the committee Tuesday, offering to testify about why the redactions were made.

Liberal MPs are arguing -- at great length -- that Shugart and other public servants should be allowed to explain themselves before being condemned by the committee.

They have proposed an amendment to suspend the Conservative motion until the committee hears from the public servants and has a chance to compare the documents released by the government and those released by the law clerk after he made additional redactions.

Law clerk Philippe Dufresne, who has said the government redactions did not comply with the committee's order, would also be asked to testify under the Liberal amendment.

But New Democrat MP Peter Julian argued Wednesday that the amendment is a "sneaky" way to effectively kill the Conservative motion because the Speaker will only rule on matters of privilege that are presented to him promptly.

In letters accompanying the documents, Shugart and deputy ministers of various departments said they blacked out things like the cellphone numbers and email addresses of WE Charity officials, other than co-founders Craig and Marc Kielburger, references to family members in some emails, and irrelevant portions of cabinet memoranda that dealt with other issues.

Shugart said he agreed to release information that could be an invasion of privacy under the Privacy Act and which would normally be considered cabinet confidences.

By refusing to hear from Shugart, Liberal MP Annie Koutrakis said opposition members seem to be saying "he's not to be trusted."

Liberal MP Peter Fragiskatos at one point suggested Wednesday's meeting could drag on well into the night and Thursday morning. And he declared that he was prepared to "absolutely go to the hilt" in defence of the integrity of public servants.

Liberal member Julie Dzerowicz argued that the objective of the amendment is to break the impasse that has paralyzed the committee and allow it to get on with pre-budget consultations.

"We are wasting a lot of time," she said. "And I think that in the end it really is Canadians who end up suffering."

Julian countered that the Liberals should let the Conservative motion come to a vote if they really want to move on.

The controversy revolves around the government's decision in June to pay WE Charity $43.5 million to administer a student services grant program, despite the organization's close ties to Prime Minister Justin Trudeau and his family.

WE backed out of the arrangement within days and the program was subsequently cancelled.

Trudeau and former finance minister Bill Morneau, who also has close ties to WE, have apologized for not recusing themselves from the decision to involve the charity. Both are under investigation by the federal ethics commissioner.