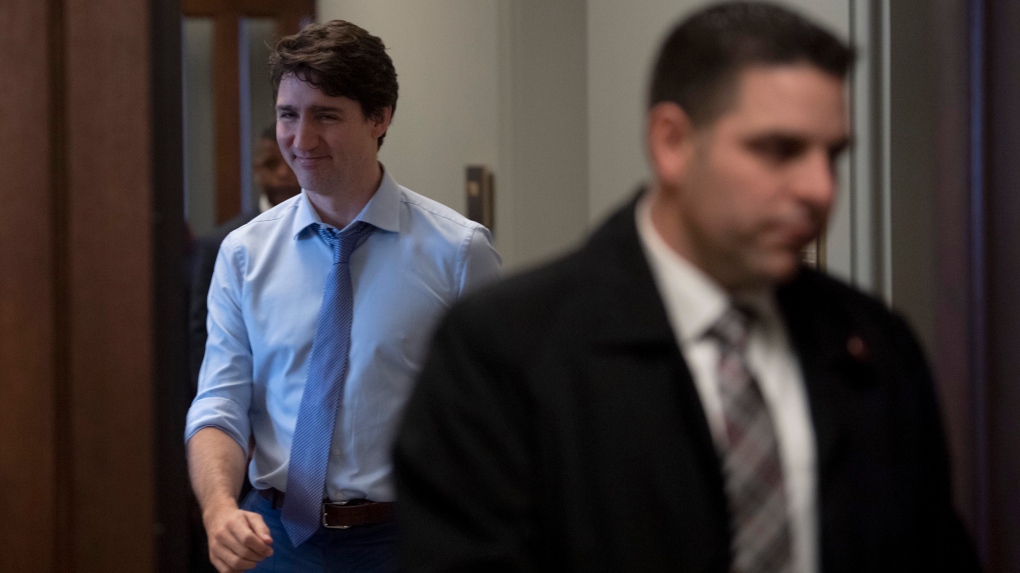 OTTAWA -- OTTAWA -- Liberal backbenchers declined Wednesday to give themselves the power to turf their leader, Justin Trudeau.

They also passed up the chance to control who gets expelled from -- or re-admitted to -- the ranks of the governing party's caucus.

The decisions were made at the first formal meeting of the Liberal caucus since the Oct. 21 election, amid some quiet grumbling about the prime minister's failure to adequately consult with Liberal MPs since his government was reduced to a minority.

Some pundits have predicted Liberal backbenchers will use the minority situation to flex their muscles and demand more input into decision-making. However their refusal to empower themselves suggests most are content, at least for now, to let Trudeau and his inner circle continue calling the shots.

Under the Reform Act, a law passed in 2015 instigated by Conservative MP Michael Chong, each party's caucus must decide at its first meeting after an election whether to adopt four rules aimed at shifting power to MPs and away from party leaders. One of the rules would allow 20 per cent of a party's MPs to trigger a caucus vote to remove the leader.

The Liberals voted Wednesday not to adopt any of the four rules.

They also re-elected Montreal MP Francis Scarpaleggia to be their caucus chair, a post he's held since 2011.

Toronto MP Rob Oliphant said it wasn't necessary to adopt the Reform Act rules because the Liberal party already has its own mechanisms for dealing with the issues covered by the act. Those include a party-wide leadership review process and an interim leader selection process.

The act would empower MPs to elect their own caucus chair but he noted Liberals have done that for decades. And, as for the expulsion of caucus members, he said Trudeau "extensively consulted" with MPs before expelling former minister Jody Wilson-Raybould and Jane Philpott from caucus last spring over the SNC-Lavalin affair.

"So, I think caucus is satisfied that we have a role and we respect the leader," Oliphant said, describing the mood of caucus as "surprisingly buoyant."

Other parties had held two caucus meetings before Parliament resumed last Thursday. The Liberal caucus did not have its first formal meeting after the October election until Wednesday.

Meanwhile, Trudeau has been taking pains to meet with premiers, mayors and opposition leaders to chart a course through a minority Parliament - in which every single rookie backbencher's vote might matter - and try to heal regional divisions exposed by the election.

Newfoundland MP Scott Simms said "it's a bit early" to judge how involved backbenchers will be in plotting the government's course.

"There's been some back-channel conversations (already)," he said. "Whether it changes that much, I'm always hopeful and I got a good feeling from this caucus meeting, a really good feeling."

Oliphant said some cabinet ministers, such as Justice Minister David Lametti and Economic Development Minister Melanie Joly, have been arranging their own informal consultations with backbenchers to get a sense of the issues they care about most and how they'd like to see them handled.

Scarpaleggia said a minority Parliament is "more complex" so it is more important than ever that backbenchers have input. But he said he has always ensured that anyone who wants to speak during closed-door caucus meetings gets the chance to do so.

"It's never been an issue. People have always been able to speak their mind."

He said he's heard no complaints about a lack of consultation or any suggestions that the Prime Minister's Office needs to conduct more outreach to backbenchers.

"Nothing's changed from the previous Parliament. The prime minister's always been extremely open to speaking with all caucus members," Scarpaleggia said. "To me, it's not an issue."