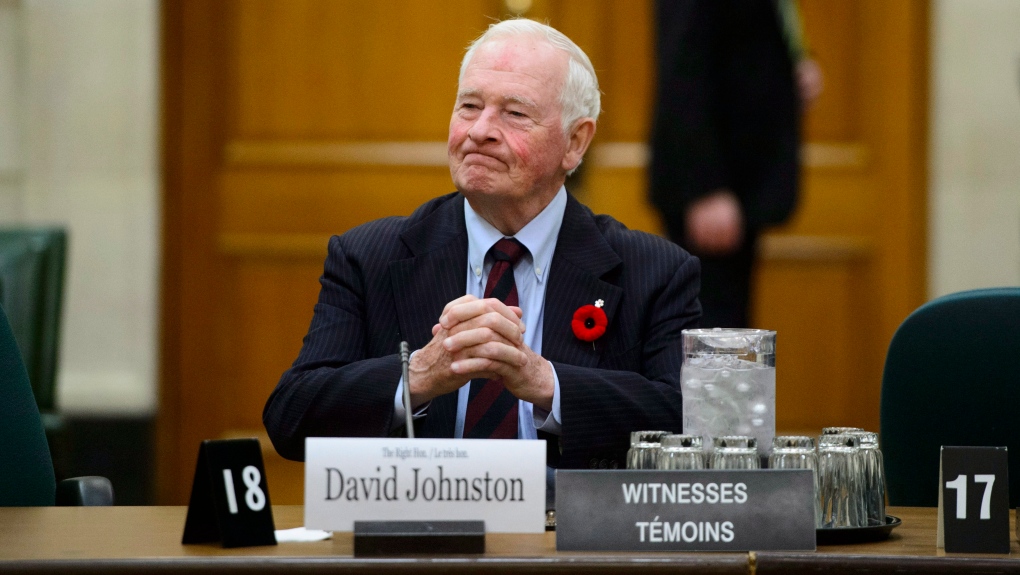 OTTAWA -- A Liberal decision to set up a commission to organize federal leaders' debates in the 2019 election without consulting other parties is an "abysmal embarrassment," NDP MP David Christopherson complained Tuesday.

Former governor general David Johnston, who is heading the commission, was explaining his intentions to a House of Commons committee. Last week, Democratic Institutions Minister Karina Gould announced that Johnston's commission would organize two leaders' debates for the next election, one in each official language.

There should have been unanimity on the choice of the commissioner before the announcement, Christopherson said, suggesting it was "insulting" for the government to disregard work and suggestions put forward by the parliamentary committee on something so basic to the democratic process.

"I would strongly recommend to get this fixed because -- I don't need a headline or a quote or a clip because I'm not running again, what I want is to fix our debates and to make our democracy as strong as possible," he said.

"I want to end, sir, by saying again the respect that I have for you and if you end up being our commissioner, I would be thrilled," he said.

Conservative democratic institutions critic Stephanie Kusie asked Johnston whether he's been given an itemized budget by the government, which has earmarked $5.5 million for the commission's work.

"I have not," Johnston said. "The word 'independent' in the mandate is an important one, I think respected by the government, and I think will be comforting to myself and my colleagues."

The commission will consult Treasury Board guidelines for its spending will be prudent and reasonable, Johnston added.

Johnston's commission is to report to Parliament following the 2019 debates with recommendations for a permanent commission.