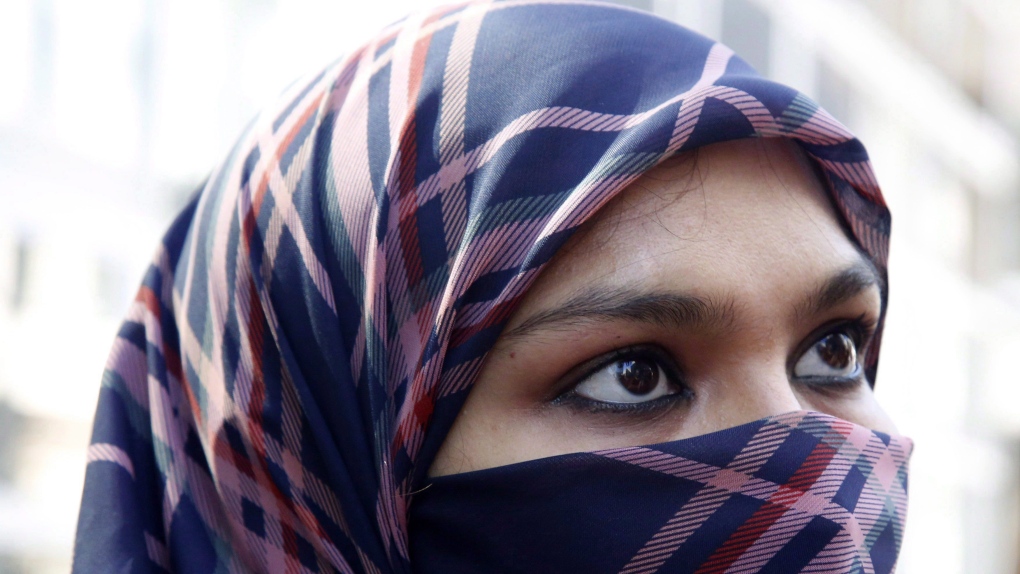 Zunera Ishaq talks to reporters outside the Federal Court of Appeal in Ottawa on Tuesday, Sept.15, 2015. (Patrick Doyle / THE CANADIAN PRESS)

OTTAWA -- Justice Minister Jody Wilson-Raybould said she personally called new Canadian Zunera Ishaq to tell her that the government was officially dropping its legal pursuit of a ban on niqabs at citizenship ceremonies.

Ishaq, a Muslim who wears the religious face covering, had been fighting the government in court over a Conservative policy that sought to force people to show their faces while taking the oath of citizenship. She felt the policy infringed her religious freedom.

Individuals are still required to bare their faces to an official for identification purposes before the ceremony.

The niqab became a subject of debate during the federal election campaign, with the Conservative party pushing their position in television advertising and fundraising appeals. The Liberals and NDP argued the policy violated respect for minority rights.

"Our government takes the perspective that we embrace diversity and respect the fundamental freedoms of all Canadians and this is the start of the work that we're going to do as a government in terms of ensuring those values are protected," Wilson-Raybould told reporters Monday.

In September, the Federal Court of Appeal ruled against the Conservative government, rejecting the argument that requiring people to show their faces during the oath was consistent with Canadian values of equality and social cohesion.

Ishaq, who came to Canada from Pakistan in 2008, was ultimately able to obtain her citizenship during the federal election campaign.

The Conservatives had sought leave to appeal the matter to the Supreme Court of Canada, but Wilson-Raybould said her department would no longer pursue that.

Wilson-Raybould also noted that there was nothing in the Citizenship Act that required people to show their faces. Instead, as the department had conceded under the previous government, the requirement was an unlegislated, yet mandatory, policy guideline.

The minister said she did not know how much money the government would save by abandoning the appeal, nor how much it had already spent.

The Liberals have promised to change or repeal certain pieces of legislation brought forward by the Conservatives.

Another law which became a major item of debate during the election was C-24. It allows the government to strip Canadian citizenship from dual nationals who are convicted of terrorism. Wilson-Raybould said cabinet is still discussing the next steps on that particular law.