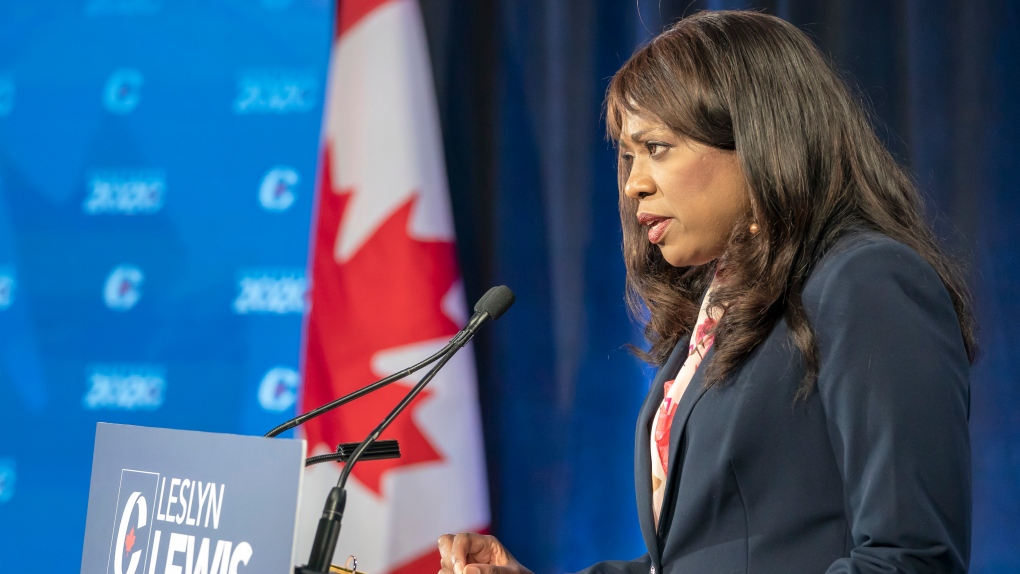 Conservative Party of Canada leadership candidate Leslyn Lewis makes her opening statement at the start of the French leadership debate in Toronto on Wednesday, June 17, 2020. THE CANADIAN PRESS/Frank Gunn

OTTAWA -- The Toronto lawyer who finished third in the federal Conservative leadership race will seek election as an MP in a rural Ontario riding.

The Canadian Press has learned Leslyn Lewis hopes to run in Haldimand-Norfolk, held since 2004 by Conservative stalwart Diane Finley.

Finley announced in August that she won't run in the next election and she has given Lewis her support.

Lewis, who lives just outside Toronto, has never held elected office but pledged during the leadership race she'd seek a seat even if she lost.

Her leadership campaign had early support thanks to her social conservative policies but in the final weeks she considerably broadened her base.

She finished third behind Peter MacKay and winner Erin O'Toole, but before she dropped off the ballot she had won the popular vote.

Finley has already been touring Lewis around the rural southern Ontario riding, but her endorsement will carry weight beyond its boundaries.

Finley and her husband Doug were influential cogs in the Conservative machine for years. Doug ran successful national election campaigns for the party and Diane was involved in helping run the recent leadership race for the party as well.

Doug Finley became a senator in 2009. While she was in government, Diane Finley served in a number of cabinet portfolios.

Before Lewis can run to replace her, she must win the party's nomination as their preferred candidate for the riding. With Finley's backing, it is unlikely -- though possible -- she will be challenged.

O'Toole did promise the party would have "free and open" nominations during the leadership race as part of a pledge to give the grassroots more of a say in party operations.

Thank you to the residents of Haldimand-Norfolk in making me your number 1 choice in the Leadership race. I’m pleased to announce today that I am seeking the Conservative nomination in Haldimand-Norfolk.
Full statement: https://t.co/NP4si6YN1z

This report by The Canadian Press was first published September 15, 2020.