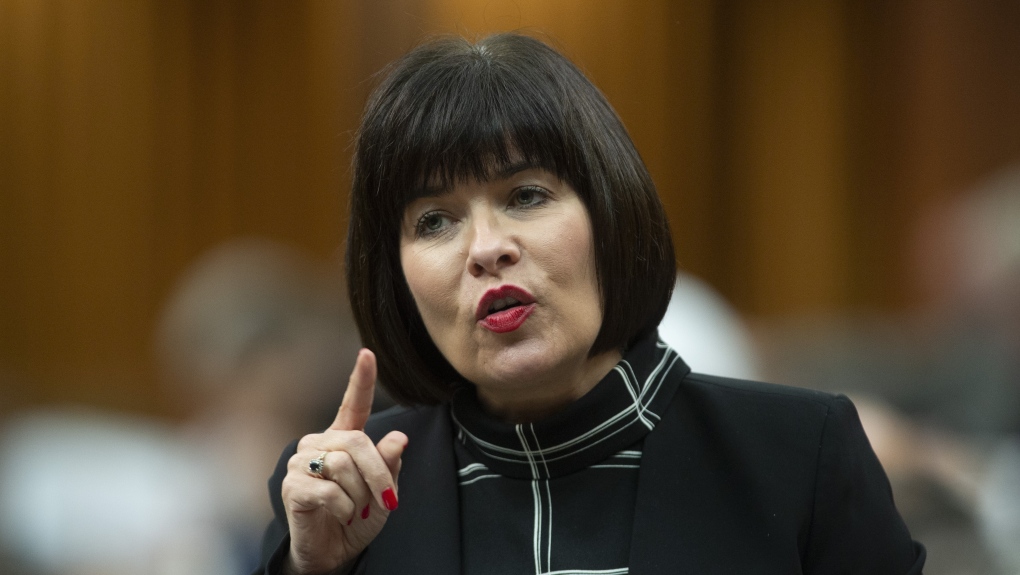 The federal government is to set a target to bring more francophone immigrants to Canada as part of a drive to revive and protect French in the country.

Official Languages Minister Ginette Petitpas Taylor introduced a raft of measures Tuesday to stem the decline of French in Canada and to modernize official language laws.

It includes plans for a targeted immigration policy aimed at bringing more francophone immigrants to French-speaking parts of Canada outside Quebec.

It will take steps to improve access to French immersion schools, as well as English schooling in Quebec and other French-speaking areas of Canada.

The federal government plans to help estimate the number of children whose parents have the right to have them educated in a minority official language.

Petitpas Taylor, who is fluently bilingual in French and English, said the updated laws would help preserve and promote French which has been on the decline, and protect people who are in a linguistic minority.

The act is based on a previous version which failed to become law before the last election. It is more far-reaching and includes a number of new powers.

It would introduce new requirements for federally regulated private businesses, such as the postal service, banks and airlines as well as on trains and buses which cross provincial lines.

If the bill passes through Parliament, people will have the right to work and be served in French in such businesses in Quebec and regions of Canada where the language is commonly spoken.

The bill, known as C-13 in Parliament, will introduce a new secondary law called the Use of French in Federally Regulated Private Businesses Act.

The commissioner of official languages will be given powers to impose financial penalties of up to $25,000 on federally regulated businesses which do not respect the official language laws.

There will also be closer monitoring of federal workplaces to ensure they are truly bilingual.

Canadians involved in the justice system, including people going to court, would have a choice of using English or French.

The bill makes it clear that official language rights should always be respected, even in an emergency.

The federal Official Languages Act, adopted in 1969, ensured that French and English were used in Parliament and government. The Charter of Rights and Freedoms, adopted in 1982, made English and French the country's two official languages.

The Official Languages Act was revised in 1988. Petitpas Taylor said this bill marks the first major modernization of official language laws in 30 years and will ensure the equality of English and French in Canada.

“Today is a historic day for advancing the language rights of Canadians across the country," said Petitpas Taylor. "Thanks to true teamwork, we are taking an important step to achieve substantive equality of English and French.”

But the Bloc Québécois said the reform ignores repeated demands from Quebec, although it benefits other francophone communities in Canada.

This report by The Canadian Press was first published March 1, 2022.

Emergency room delays to continue for 'quite some time,' doctor warns

An emergency room physician is urging governments to address the country’s shortfall of health-care workers in light of the recent temporary shutdowns of emergency departments and the staffing downsizing at others.

The family of a woman who was set on fire while on a Toronto bus in a random attack last month has released a short statement following her death.